And thinking about small-scale manufacturers of electronic music instruments 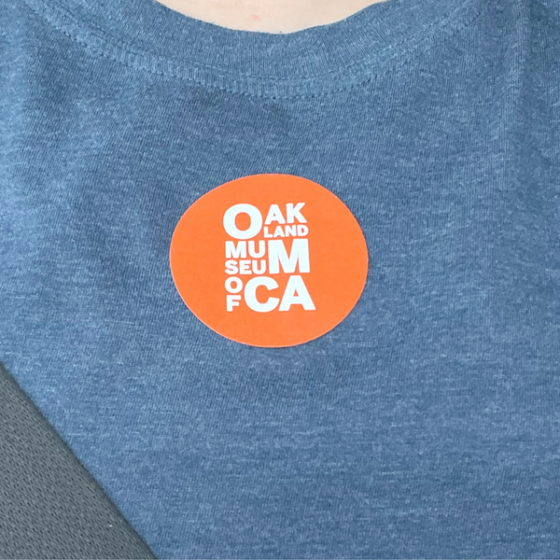 Haven’t played hooky from work in a while, and yesterday was a good day to do it. I spent much of the afternoon at the Oakland Museum of California, over near Lake Merritt. Oakland is close to where I live in San Francisco, at least as the satellite mapping service flies, but it can be quite the trek by car.

After lunch in Berkeley at the always awesome Vik’s Chaat House, I headed to OMCA, as it is supposed to be abbreviated (though OMOC or OMoC seem to make more sense). The main draw at OMCA currently is an exhibit of Edith Heath (A Life in Clay, January 29, 2022 – October 30, 2022), whose namesake pottery studio remains, even after her 2005 death at the age of 94, a major presence in the San Francisco Bay Area, and elsewhere. The firm was purchased from her in 2003 and continues to this day. 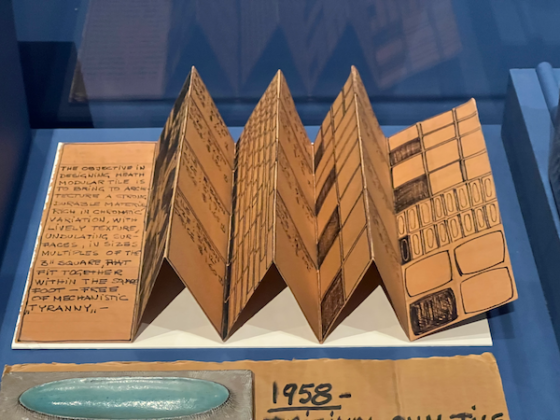 Heath inhabited a unique middle ground, as Rosa Novak, an artist and reseacher, explained in a video about Heath Ceramics that is part of the exhibit. Heath was not a major mass manufactured line like Russel Wright. Nor was Heath herself the sort of potter who simply crafted pieces intimately by herself and never explored scaling up an operation. Fully committed to being an iconoclast, she produced work at a company that she and her husband, Brian Heath, oversaw. There are numerous hallmarks of Heath ceramics, from the mid-century silhouette, to the economical color palette, to the earthy textures. In combination, they manage to be something special without drawing attention to themselves. And yet, much as it’s been said that Thomas Edison’s greatest invention was in fact his laboratory, there is much to learn from the Heath operation itself. If at first I was disappointed there was more documentary than pottery on display at OMCA, I quickly realized just how creative was their approach to business.

If you’ve read this far, you are no doubt wondering how I might tie my day at the museum looking at ceramics back around to electronic music. One thing that struck me when taking in the exhibit, which is more focused on history than on the objects themselves in many ways, was this economic, artistic, and business model that Edith and Brian Heath arrived at, and in turn how it brings to mind the scale that some small producers of electronic music hardware and software aspire to: neither one-off bespoke instruments, nor mass-market items, but somewhere in between. 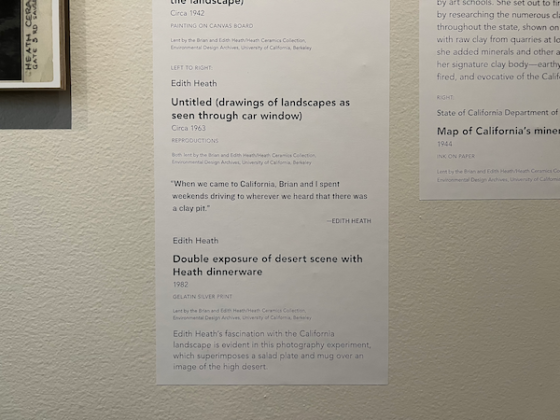 It might be a stretch to compare the sourcing of chips and other components to the Heaths’ dedication to the region’s clay deposits — one of my favorite quotes in the exhibit reads: “When we came to California, Brian and I spent weekends driving to wherever we heard that there was a clay pit” — but it isn’t a stretch to consider the independent solo and small teams that design and make a lot of synthesizers, guitar pedals, and other instruments, and who are more often than not musicians themselves. It is, in fact, quite informative to think about how these other small creative businesses seek to find a means by which they can make things that larger companies might not recognize value in or find a fit for.

At the heart of the Heath’s company was always a creative tension between intimate and behemoth, between the hand and the factory. Note the language in the Heath flyer reproduced above, specifically the bit at the end about the desire to be “free of mechanistic tyranny.” There is much to meditate on in the trail that the Heaths blazed for themselves, and how it can inform small operations to this day.

Clearly, this is not a situation where an instrument company like Noise Engineering, or Monome, or Koma, or ADDAC, or Bastl, or Orthogonal, or Empress Effects can be mapped directly to what the Heaths did. Someone can easily point out differences, like how some of these firms (though not all) have devices manufactured at least in part overseas. But the point isn’t to suggest they’re the same, just to note that the Heaths located a balance, a mix of human-scale intimacy and broad accessibility, that many small electronic instrument manufacturers themselves actively pursue.