▰ You could tell the first episode of Tokyo Vice is a Michael Mann production just by listening to it. The mix of ambient score, traffic noise, and the sound of occasional human gestures in the scene in the first episode when the police and reporters document a dead body is exceptional. The term “master class” has been degraded beyond rehabilitation. This is Mann in full control.

▰ The 1-star Yelp reviews of hotels in Manhattan are often a riot. So many noise pollution complaints, as if it’s specific to a given hotel.

▰ It’s enough to make you think we live not only in a simulacrum but one trying to evade our awareness of it if high-grade consumer text-to-speech would rather hear two bits of nonsense than acknowledge the existence of the word simulacrum. 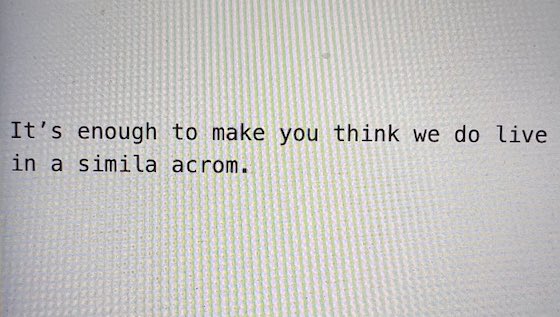 Why I recorded myself saying this sentence: I was recording myself right after waking. The broader subject was how I’d lifted my phone a split second before the phone’s morning alarm went off. The original subject was the eerie synchrony. Then text-to-speech leveled-up the eerie.

▰ One of my favorite little parks in Manhattan, Greenacre on 51st, though I do wonder how loud this fountain’s substantial roar is in the neighboring apartments. I believe the water is turned off over night, when the park’s fortress-grade gate is shut. Here’s some video: instagram.com/dsqt. 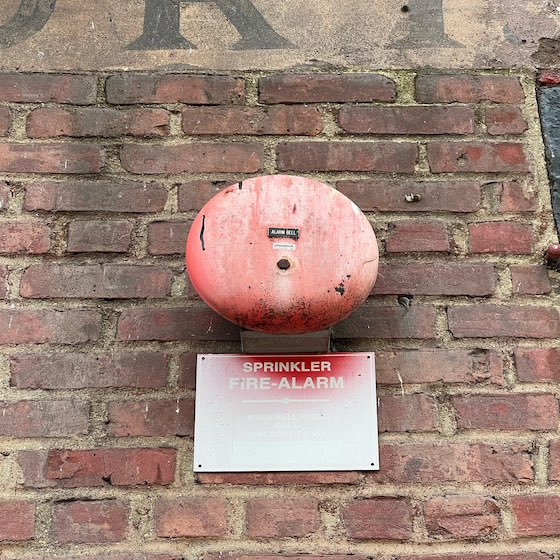 ▰ The hotel alarm clock features a vestigial organ of the digital revolution. 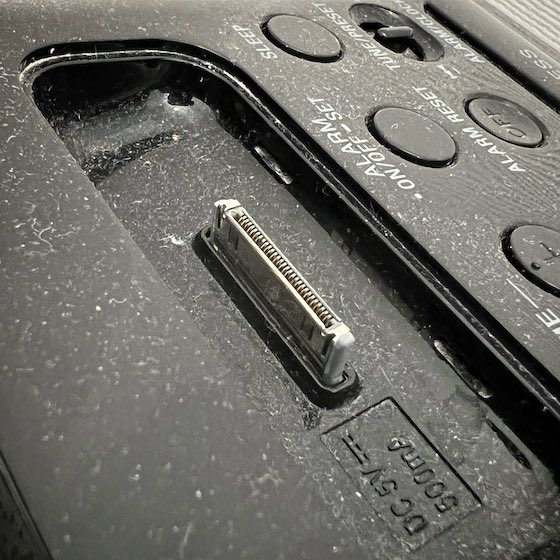 ▰ According to Gustave Flaubert (according to novelist Julian Barnes), trains in mid-1800s France were Web 2.0.

This is from Flaubert’s Parrot, the ninth novel I’ve finished reading this year. Loved the first third. After that it gets especially collage-like.

▰ RIP, actor Michel Bouquet (b. 1925), whose work I first encountered thanks to the great film Toto the Hero (Toto le héros), which also introduced me to the music of Charles Trenet.

▰ The sound my phone made when an alert this morning about the Brooklyn shooting popped up was like six cups of coffee in a split second.

▰ Thursday was Avril 14th. Celebrate accordingly. I did a quick thread of recent covers of the Aphex Twin song: twitter.com/disquiet.

▰ Thing I just discovered: if you hit your YubiKey at an inopportune moment during a call it sends out a peculiar, alien screech.

▰ On the flight Thursday evening back to San Francisco from New York, I used my excellent noise-cancelling headphones to muffle the weapons-grade drone of the airplane — and I then found myself, instinctually, pumping white noise into my ears so I could concentrate on work.

▰ And on that note, have a good weekend, or best you can.

See you Monday. Or maybe Tuesday.