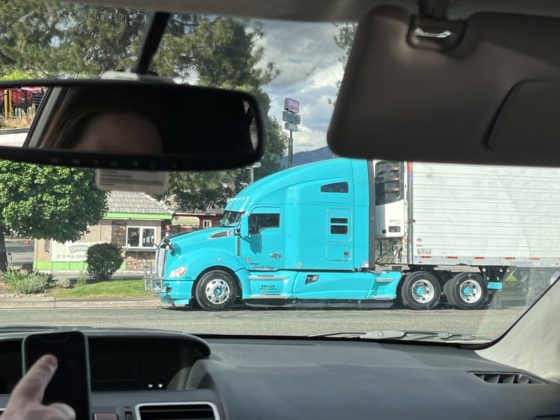 I read something long ago that Nicholson Baker wrote — I think it was in The Size of Thoughts — about how he didn’t change his mind; rather, he’d at some point realize that his mind had changed. It’s in that sense that I woke up one day not long ago and realized that I no longer hated the color teal. That is my #ColorCodeStory for HiLobrow. It begins:

I’m not saying that teal (or its adjacent tones, a highly concentrated array that I can’t quite distinguish between — I’m probably mistakenly including a solid band of cyan in my personal definition) is my new favorite color. I will say, though, that I disliked teal vehemently for the longest time, associating it to a degree with a certain aspect of Floridian kitsch (redundant?), and that I had a near-lifelong near-visceral negative reaction to teal — and yet recently something changed. And quite suddenly.