▰ Been on Long Island for 12 days straight and am finally getting a taste of that thunder we don’t get in San Francisco — or the rain, for that matter.

▰ The robot voice of the landline’s voicemail service announced the name of the incoming call. I didn’t pick up. The call was from a robot, which left a message. Someday these robots will be able to speak with each other. Someday later they will no longer be robots.

▰ How many OMGs can I fit in a tweet? Jerry Harrison and Adrian Belew are doing a live performance of Remain in Light at Hardly Strictly Bluegrass this year. Please please please tell me the “all-star band” includes Tony Levin.

▰ “I reign as the articulator with the greater data / Revolvin’ on the TASCAM much doper than my last jam.” Gang Starr Forever

▰ The Sense of an Ending by Julian Barnes. Exceptionally written at a sentence and paragraph level. Beyond that a mediocre psychological thriller. The first half reads like a meaningful parody of literary fiction. The second sets to unravel the tidiness, gets mired in ellipses. (The 20th novel I’ve finished reading this year.)

▰ My suburban hometown train station on Long Island is straight out of any number of anime I’ve watched. 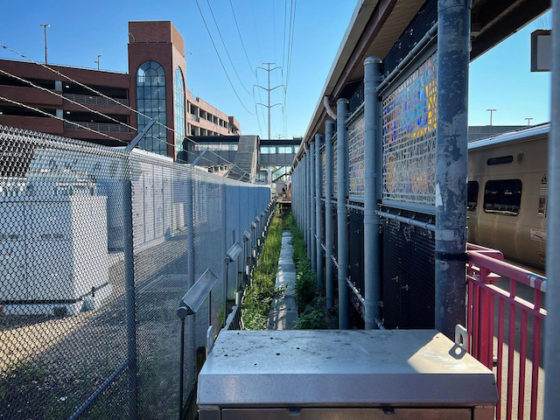 ▰ Word for “I need to call an ambulance because the ambulance that just passed by blew out my eardrum”?

▰ Final morning on Long Island for a while, after 15 days straight. Very quiet aside from the composite drone of automobiles — dampened by trees, buildings, and distance.

▰ The hotel HVAC in this tiny room is so loud and so substantial that it is echoing off of my fan-less laptop, and I keep thinking the laptop has a fan and it’s about to spin out of control. And on that note, have a good weekend.