▰ Gotta feel bad for Brian Eno, who has to presumably leave out albums Brian Eno worked on when he’s coming up with his list of his favorite albums.

▰ Me to my guitar teacher via Zoom: “Is that a drummer I hear taking lessons?”

My guitar teacher: “Yes. And from the next building over.”

▰ Find someone who follows up with you like your guitar teacher emails you a page of chords the next morning after class.

▰ I like how CGI realism within the pre-electric fantasy of The Lord of the Rings: The Rings of Power means overhead shots that emulate photography done with modern drones.

▰ Unfamiliar with this icon. Must read up. 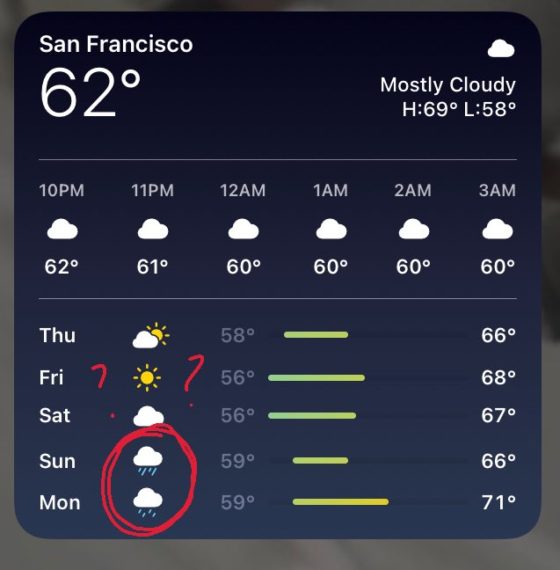 ▰ The lore of Summerland by Hannu Rajaniemi (The Quantum Thief) is so dense that this detail edges near unintelligibility for those who haven’t read the novel. Suffice to say the Summer City is where the dead live on and a “luz” is a soul’s essence in etheric-corporeal terms. (That’s intended as a compliment. I’m really enjoying this book.) 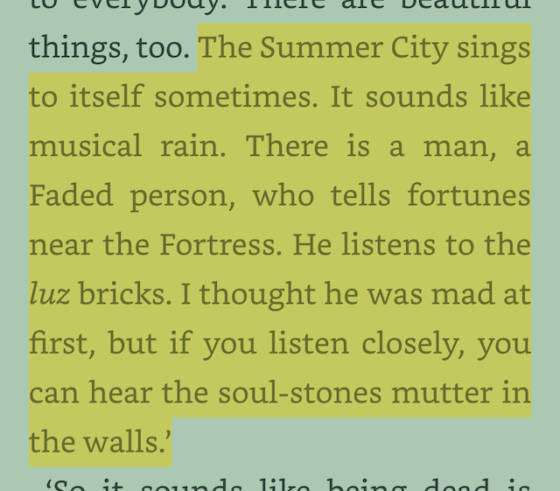 ▰ Have a good weekend (if it’s your weekend and good is within reach).

Write down the first thing you hear each morning.

Watch an unfamiliar-to-you film scored by whoever scored your favorite film.