Ears to the Street

Increasingly, our devices — large and small alike — can be said to have senses: a variety of inputs that contribute to a mosaic awareness of the world in which they are put to use. It takes a lot of different technologies to make a car smart, or at least “smart.” The automotive manufacturer Tesla has announced that it’s dispensing with one of them: the “ultrasonic” sensors that were a part of the namesake cars’ safety sensory array. And this isn’t the first such functional excision, either, according to Engadget: “Last year, Tesla started phasing out radar sensors in favor of vision-only Autopilot, tweeting at the time that ‘vision has much more precision [than radar].’” Car & Driver weighed in at the time: “Other automakers use radar for their adaptive cruise control systems, and they benefit by being able to operate in inclement weather and direct sunlight.” (Back in 2015, per electrek.co, Tesla filed a patent, “Hidden Ultrasonic Sensor Assembly,” for “new ways to disguise the sensors,” reportedly so they wouldn’t mar the cars’ exterior design.) The cars will now rely on visual data for maneuvering, it appears: “It’s part of the company’s shift towards its camera-only Tesla Vision driver-assist tech,” per The Verge. 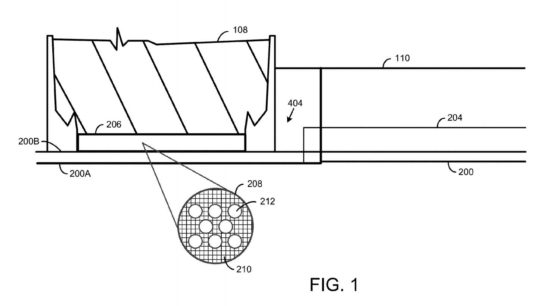 There is a Kabuki quality to patent images, in that they can seem informative while exposing very little.

I’m intrigued by the idea that a compute-intensive device, especially one concerned with machine proprioception, becomes more capable by limiting the variety of data sources it draws upon. Car drivers generally know that sound plays an important role in gauging things like the quality of a road, the disposition of the weather, the proximity of nearby vehicles, and even the state of the vehicle itself. That said, ultrasonic sensors aren’t truly ear-like; the functionality is more usefully akin to echolocation, in that they emit signals and then gauge the response as a means to map physical spaces.

Meanwhile, Bloomberg reports that the long imminent likelihood of autonomous automobiles may not be all that imminent after all: “Even After $100 Billion, Self-Driving Cars Are Going Nowhere.” In the print edition, the magazine notes — as an admirable act of editorial contrition — an earlier headline from the headier days of mid-2015, right around the time of that sensor-disguising patent: “Scared of Self-Driving Cars? They’re a Lot Closer Than You Think.” Apparently the magazine’s proximity sensors also needed an upgrade.