This is just one of the many pieces of avant-garde sheet music on display as part of the Every Sound You Can Imagine exhibit at New Langton Arts in San Francisco. The show opened last night, February 5, and will be on display through March 28: 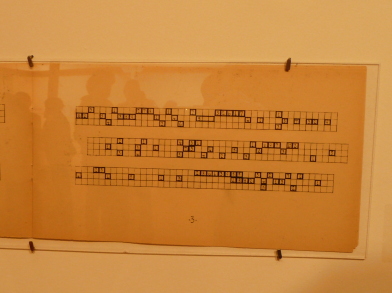 That is one of the panels depicting Morton Feldman‘s “Intersection 2” (1951). More coverage, including additional photos, will follow shortly.