● Interview with Massimo Banzi, Inventor of the Arduino (digicult.it): The Arduino is a small, programmable gadget (pictured below) that's fueling a host of art-tech projects. Says its inventor, Massimo Banzi, in this interview: "We are still exploring the world of open-source hardware, which is quite a virgin field. The examples of open-source hardware are quite rare and definitely not widespread among the mass." Arduino home page at: arduino.cc. (Via twitter.com/usoproject.) 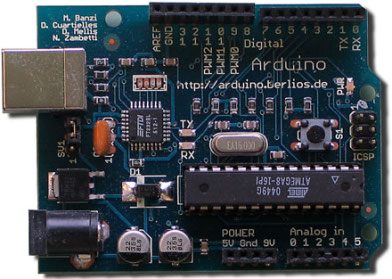 ● Peter Saville / Unknown Pleasures Visualizer (mrdoob.com): A browser-based visualizer produces a real-time image of Peter Saville's famous cover to the Joy Division album Unknown Pleaures (image detail below), triggered by audio from the album. It keeps running even after the song ends. For related reading, Touch Records director Jon Wozencroft wrote about the cover and its cultural context back in 2007 at tate.org. All in all, further evidence that each generation realizes the metaphors of its predecessors. (Via twitter.com/compactrobot.) 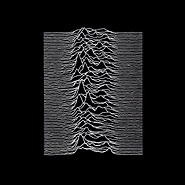 ● More on New Langton ‘Art of the Score’ Exhibit (sfgate.com): Kenneth Baker, back in February, on the avant-garde score exhibit at New Langton: "a timely — and much more visually compelling — follow-up to the recent 'The Art of Participation,' the San Francisco Museum of Modern Art's survey of late 20th century and contemporary art that asks for direct viewer engagement."