Below is what would be called, in gadget circles, an act of “unboxing.” That’s the act of sharing the fetishistic revelry of a newly obtained physical possession by photographing it in the process of removing it from its packaging, and showing it from all conceivable angles. Unboxing can verge on the pornographic in its attention to detail (there’s something disconcerting about the frequency with which the word “sexy” is applied to consumer electronics).

The object of obsession here is the forthcoming release by Tristan Perich, titled 1-Bit Symphony, due for commercial availability early 2010. I obtained this copy when Perich, along with Lesley Flanigan, performed on Thursday night, November 19, at a new gallery space in San Francisco (Grey Area Foundation for the Arts).

As evidenced above, 1-Bit Symphony isn’t a CD; it’s a small homebrew electronic device nestled inside a CD case. It is, in that way, a kind of parallel to the Buddha Machine (and the forthcoming Gristleism). The 1-Bit Symphony is to the compact disc what the Buddha and Gristleism boxes are to transistor radios. They’re lo-fi music-producing technology packed inside the familiar form of a pretty much outdated music-producing technology.

When the switch seen second from the left inside the box is flipped to its right, the machine starts emitting lo-fi sound (it’s necessary to attach headphones to the audio jack to hear the music). There are five “tracks” in all, “movements” they’re titled here. The first four are between five and 10 minutes in length. The fifth will play forever, or at least until that replaceable battery dies. In brief, the music is a series of cascading little beeps that suggest Philip Glass as a character in a Mario Bros. video game.

1-Bit Symphony is being released by Cantaloupe Music, the label associated with Bang on a Can, and which released a previous Perich tech-in-a-jewel-box project, 1-Bit Music, back in 2006.

There’s a gallery of the images along with some annotation after the jump. Higher resolution versions are available at my flickr.com/photos/disquietpxl account. 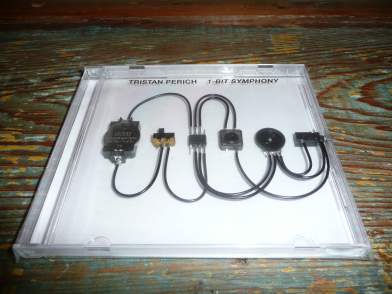 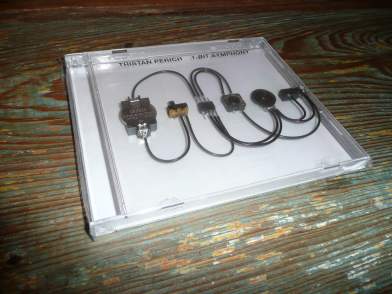 Back cover — actually the white piece of paper that is the release’s liner notes, folded and placed inside the plastic wrapper: 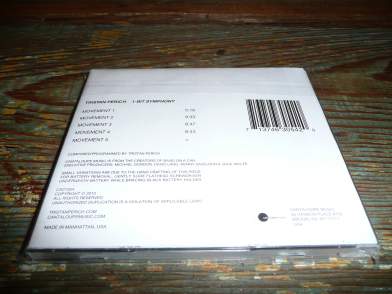 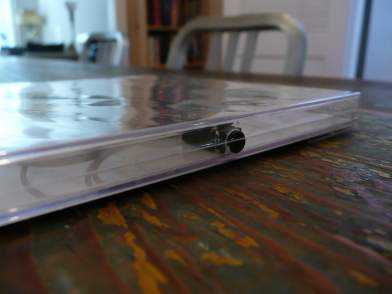 Various angles on the release, minus the liner notes and plastic wrapper: 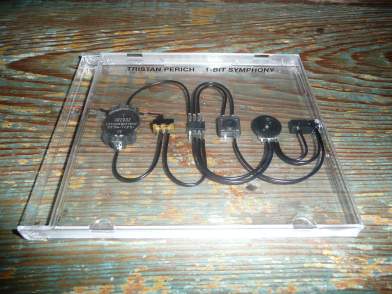 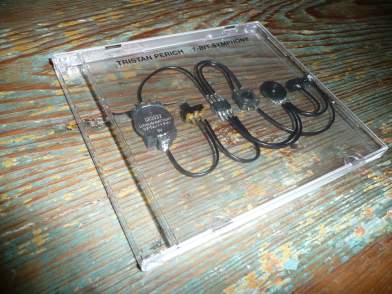 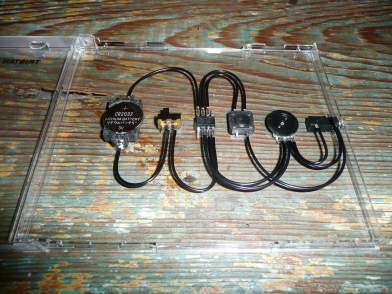 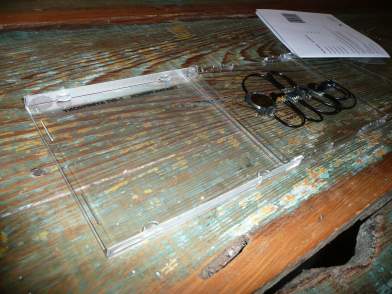 The device as seen from behind. Note the soldering: 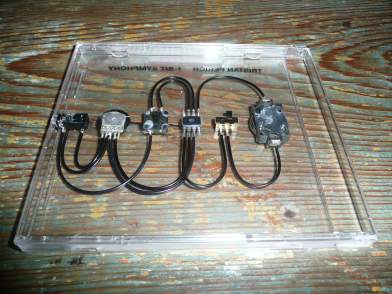 The front and back of the liner notes, once they’ve been unfolded: 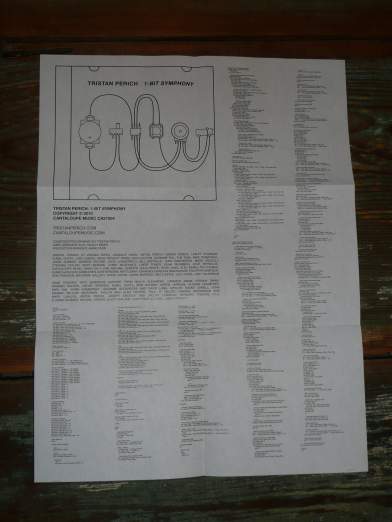 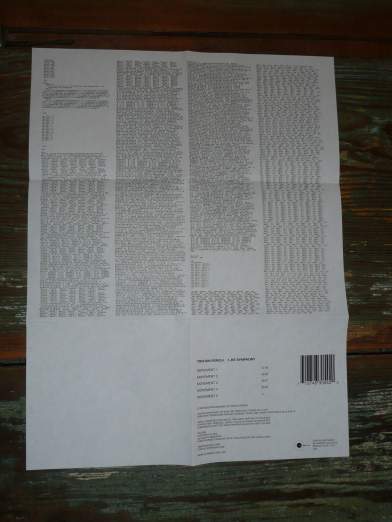 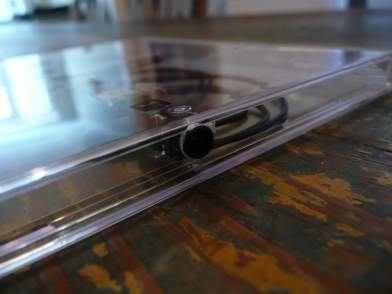 The device, among friends (two Buddha Machines v1, one Buddha Machine v2, a Korg Kaoss Pad, a Numark mixer, and one of two Technics turntables): 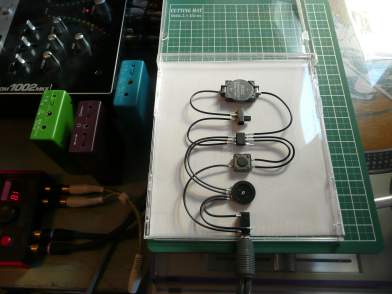