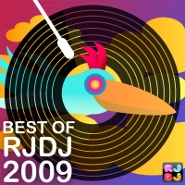 “RjDj” is the name of a great iPhone (and iPod Touch) application that is, in fact, less an app than it is an environment for apps. At a practical level, what that means is that RjDj hosts various “scenes” that produce sound, the best among them being apps that take audio input and turn it into something new — imagine walking down the street, for example, and hearing the world repeated and stuttered and digitally magnified and transformed. To close out 2009, the crew at RjDj put together a Best of RjDj compilation of 19 choice examples of RjDj in action. Among them is this entry by Nil Jones, in which acoustic guitar is echoed into something deeply psychedelic:

You need to have Flash installed to listen directly on the site. Install Flash or you can download the recording instead 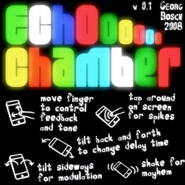 There’s more information about the track, along with an MP3-download option, at rjdj.me/user/nilcjones. And there’s more about the EchoChamber scene, which was developed by Georg Bosch and employed by Jones in the production of his track, at rjdj.me. The “cover” image to the EchoChamber scene, shown to the right, displays some of the various ways that touching and tilting and shaking the iPod/Phone enacts various modes of audio manipulation. Get the full Best of RjDj 2009 compilation for free at rjdj.me as a Zip file. Note: the RjDj app is free, but some scenes require a small fee.

One thought on “Echoed Guitar via RjDj (MP3)”