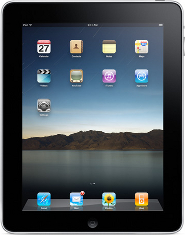 The debate following the announcement this past Wednesday, January 27, of the Apple iPad has been voluminous and pointed. Both sides — and there really are two sides, as in any religious war — have their arguments. On the one hand, the iPad is a lovely device with product benefits in areas that most portable-computer companies ignore, and that Apple certainly hasn’t fully delivered on in the past: battery life (10 hours, reportedly), nearly instant-on (along the lines of what we’ve come to expect from the iPod Touch and the iPhone), and weight (just 1.5 pounds; Apple’s Air, at three pounds, was heavier than numerous non-Apple machines, and came saddled with numerous hardware hedges, including a small hard drive and an un-replaceable battery).

On the other hand, Apple’s increasingly closed software environment casts a long and dark shadow into the future of personal computing. From our current vantage, that is a potential future in which developers need to submit their work to the equivalent of censors before being able to make it available to its public. And it’s a potential future in which among the decisions facing those very censors is (based, at least, on Apple’s track record thus far in its app store) whether a given developer is impinging on Apple’s turf.

One of the best posts I’ve read on this subject is over at Peter Kirn‘s createdigitalmusic.com; deeply incensed by Apple’s restrictive software philosophy, Kirn may have penned his strongest post yet as he dissected the device within hours of its introduction.

To be clear, Apple’s mobile OS is very developer-friendly, hence the nearly 150,000 apps currently in the Apple store. Which is why I was especially interested in what developers had to say about the iPad. What concerns me at the moment is something Chris Randall, an accomplished software developer (I am pretty much addicted to his company’s product Automaton), hinted at in one of his Twitter posts, at twitter.com/Chris_Randall, also on the day of the iPad unveiling:

DroneStation is going to be kicked up several notches, of course. Plenty of room now.

DroneStation is a simple drone-making app that Randall developed for Apple’s mobile OS. I use it regularly on my iPod Touch, and enjoy it. The “Plenty of room” he’s talking about is ambiguous — he may have meant screen space, but he may also have meant memory size. Either way, what we’re looking ahead to now is a situation in which some existing apps will be overhauled for the newly expanded touch canvas, and others will be developed from the ground up (or abandoned in favor of something entirely new). I’ve long been of the mind that at least two of the best music apps for the Apple mobile OS, the beat program JR Hexatone and the track-syncing Touch DJ, were designed with the inevitable tablet implementation in mind; both are too cramped on my iPod Touch to count as truly fully realized, or really as fully usable.

What will be interesting to see is in the near future is how Apple developers respond to the new dimensions of the iPad, and whether the tidiness of the iPhone/Touch dimensions will give way, in the relatively expansive iPad, to bloat.

More on the iPad at apple.com/ipad. More on Randall’s software development at analogindustries.com.