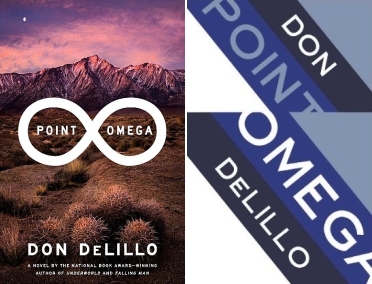 A character in the opening chapter of Don DeLillo‘s new novella, Point Omega (published this past Tuesday, February 2, in the U.S.), finds himself in a gallery that is showing a work of art by Douglas Gordon. The work is Gordon’s 24 Hour Psycho (1993). Gordon took the Alfred Hitchcock classic (which turns 50 this year), and slows it down so that it takes 24 hours to watch. The narrator of the novel observes the man in the gallery:

He walked backwards looking, always, at the screen. He understood completely why the film was projected without sound. It had to be silent. It had to engage the individual at a depth beyond the usual assumptions, the things h supposes and presumes and takes for granted.

It’s a DeLillo focused on the nature of time, and what art can teach us about its mechanisms. And it’s DeLillo himself, faced with a work of visual art — video that actively, consciously, dispenses with its audio component — that accomplishes his own philosophical and creative goals in a manner that is both elegant and almost impossible to fully consume, let alone comprehend.

More on DeLillo and Point Omega at the excellent ongoing dedicated-author site perival.com/delillo. (The covers at the top of this post art of the American, left, and British hardcover editions.) Still image below of an installation of 24 Hour Psycho, from the site rhizome.org, which links to two interview segments with artist Gordon. 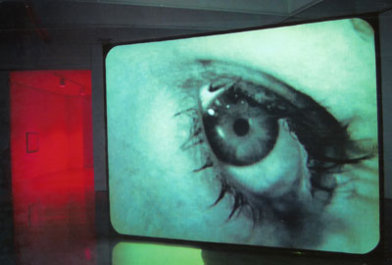