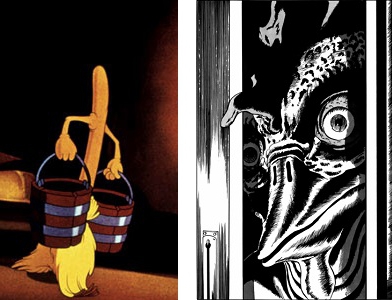 It’s kinda funny that it’s called “program music,” given what such a term suggests in our age of computer-assisted cultural activity.

That’s the term for the classical tradition in which an instrumental work has an inherent but unspoken (that is, unsung) narrative. Perhaps the best known, and best loved, example is The Sorcerer’s Apprentice, by Paul Dukas, which, as the Beatles might have put it, is based on a poem by a man named Goethe. We all have in our heads the Apprentice imagery — those animated mops and buckets — from Disney’s 1940 animation Fantasia (if not the more recent Nicolas Cage film), but Dukas’ music had been around for 43 years before that. Part of what made Fantasia such a fitting tribute to Dukas’ piece is that while the film provided an intoxicating, and indelible, stream of images, it didn’t add dialogue.

Music scholar Nicolas Slonimsky suggested the alternate term “descriptive music,” to allow for a phrase that more comfortably encompasses a broader range of less narrative-driven pieces, like Gustav Holst’s The Planets (not to be mistaken, of course, with Dr. Dre’s recently announced celestial hip-hop project — which it’s worth noting is reported to be instrumental, i.e. rapping-free) and Modest Mussorgksy’s Pictures at an Exhibition, as covered famously by Emerson, Lake, and Palmer — which brings us back, via prog-rock, to electronic music, circa the 1970s. 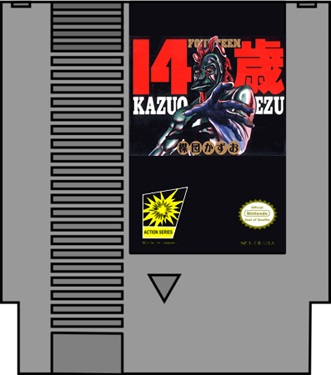 Last year, chiptune/8-bit figure Moldilox performed his own bit of “program music,” producing a score to a video game that had never existed, based on the great manga Drifting Classroom by Japanese genius Kazuo Umezu (see disquiet.com, thejosephlusterreport.blogspot.com). With tongue, and game controller, still firmly in cheek, he’s now followed that up with a lesser-known Umezu series, Fourteen, a sprawling future-fiction work starring the tragic poultry-human hybrid Chicken George (shown up top, alongside one of Fantasia‘s anthropomorphic mop buckets).

“‘The Birth of Chicken George’ and ‘The Liberation of Chicken George’ follow the first and second stages, respectively. The first finds the player controlling the lump that will become Chicken George, maneuvering past scientists in the lab, and eventually making it toward a series of computer terminals while fighting off attackers and growing piece by piece. Stage two has George free at last, and running rampant through a zoo filled with scientific horrors, releasing them all and unleashing them on the unprepared masses.”

Both are performed in classic 8-bit sounds from the Pliocene era of video games, as developed in the audio-software program Milky Tracker (milkytracker.org). The song “Birth” (MP3) has a suitably eerie opening section, with industrial noises, as well as rises and drops in scales that suggests some serious shoots’n’ladders action. And “Liberation” (MP3), with its disco-Beethoven motif, ups the pace, with a more complicated melody, and a lot more zooming around, including moments of dramatic pausing. As with pre-Fantasia Dukas, you’ll have no trouble picturing the action in your head.

More on the project, for which Moldilox provided the game-cartridge image shown above, at beepcity.com.