These sound-studies highlights of the week originally appeared in the January 10, 2023, issue of the free Disquiet.com weekly email newsletter, This Week in Sound.

“By examining the waveforms and tonal qualities of each element in the table, she’s beginning to explore how this ‘sonification’ of atoms might reveal unexpected structural relationships among elements.”

These are waveforms of the first dozen elements:

Listen at skidmore.edu. (Thanks, Glenn Sogge!)

▰ BLIND SPOT: A point, from Fast Company, about how noise-canceling headphones can be too good at their job. This is in the context of the Dyson Zone, which combines air filter mask and ear gear:

“Then there’s the noise-canceling issue with the headphones. Yes, noise pollution is certainly a problem in cities like Manhattan with its cacophony of car horns and sirens. But, as annoying as those sounds can be, completely cutting them out in a dense metro area could constitute a health hazard. Situational awareness is pretty important with that many vehicles and people nearby.”

▰ TALK THERAPY: Novelist V. V. Ganeshananthan, author of Love Marriage and Brotherless Night, wrote for Time about turning to voice recognition software after losing use of her hands — and how much the tools still need to improve in order to truly serve the disabled:

“I found that I preferred Mac voice control and Google Docs voice typing because the lag between what I was thinking and what the software was typing was shorter; even if the difference was infinitesimal, it mattered. Because of its speed and its slightly better performance with non-Anglo proper nouns, I chose Google Docs for my novel. Sometimes I closed my eyes and muttered scenes into the screen, my former copyeditor’s self unable to bear the typo-written transcription. Sometimes when I could not resist touching the keyboard, I ended up having to wear ice sleeves. Sometimes I opened my eyes only to find that the dictation had stopped working partway through my sentences. If I used a phrase that was also a song or film title, Google would sometimes capitalize it. (“I Still Haven’t Found What I’m Looking For,” one character might have said to another.) As when I had typed for myself, I found that I could not write fiction in the presence of others. It felt too intimate. But eventually that self-consciousness fell away. It had to: The software was capable of composition, but when it came to revision, the amount of time and skill it would take to get things done was beyond me and my looming deadline.”

▰ SPEAKER SYSTEM: Apple is experimenting with using AI voices to narrate audiobooks: “[S]ome in the publishing industry are skeptical about replacing human narrators—often professional voice actors or the authors themselves—with A.I. They say that audiobooks are a form of art, and that human narrators help enhance the experience.” Meanwhile, apparently Amazon requires its Audible audiobooks “be narrated by a human.”

▰ BUG REPELLANT: The noisier humans get, the less successful grasshoppers are at having sex. Even though “their calls can reach intensities of 98 decibels at one metre, which is about as loud as a hand drill,” we can muffle that with our own sound: “As this species is highly dependent on acoustic communication for mate location, the reduced calling effort demonstrated by males at both study sites might have a negative impact on mating success.”

▰ QUICK NOTES: RING TONE: The Kitchen Sisters have an episode on the great sound artist Bill Fontana’s work based on the silenced bells of Notre Dame. (Thanks, Lotta Fjelkegård!) ▰ LIST LESS: Nothing particularly sound related ranked among the top 10 technological innovations as determined by MIT’s technologyreview.com, nor among the four additional items readers are to vote for. ▰ LEADER BILLBOARD: Ranking the 10 best games based on their sound design: thegamer.com. ▰ FOLEY DU JOUR: Learn how game designers behind Dead Island 2 made the sound of zombie guts, among other subjects. 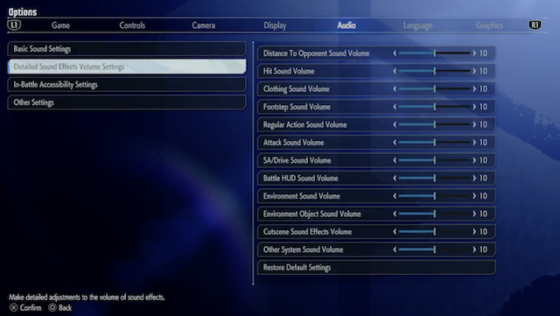 Sound in video games isn’t merely about immersive reality. It can be a matter of life and death — for the player characters, that is, especially the ones operated by visually impaired gamers. The current beta version of Street Fighter 6, an update of the venerable franchise that originated as a 1987 arcade favorite, apparently has exceptionally inclusive accessibility options. Shown here is one of several in-game menu pages that allow for customizing the controls. “For visually impaired players,” writes Chris Moyse of destructoid.com, “Street Fighter 6 seemingly offers a custom sound deck, that not only offers up spoken signals for the game’s menu system and select screens but also features fully customizable sound options for the fight itself. Players can adjust the balance and sound applied to all manner of in-game commands — from accurately ascertaining distance, to whether a strike has connected or been blocked, Drive Gauge gain/burn, even when a player performs a jump attack, with alternate sounds if it ‘crossed-up’ the opponent.”

The image above is a screenshot I took from footage posted on Twitter by @_REMless that was a source for Moyse’s article. A reply to the initial tweet reads: “As a totally blind person who loves the Street Fighter series, I think this is a great step forwards. The only thing missing would be voiced spoken menus.” Video gaming for the visually impaired is a real thing, and its ongoing development has ramifications for future interfaces in our increasingly technologically mediated world. (That’s a phrase I use a lot, and that I see variations of frequently in my reading. I sometimes wonder if it’ll ever get shortened to something like OITMW. Perhaps there’s already slang for the underlying phenomena. I learn most of my slang from words I fail to get right in the New York Times Mini Crossword and Spelling Bee.)

I started playing The White Door because people recommended this puzzle of a mobile video game for its use of sound. I stayed for the visual depiction of the objects making some of those sounds. 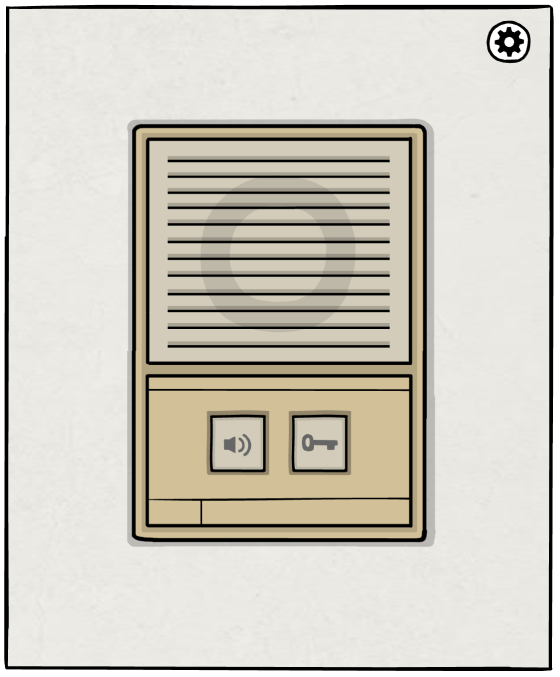 ▰ Even as the world opens up, I suspect I’ll spend much of the end of 2021 in my living room: 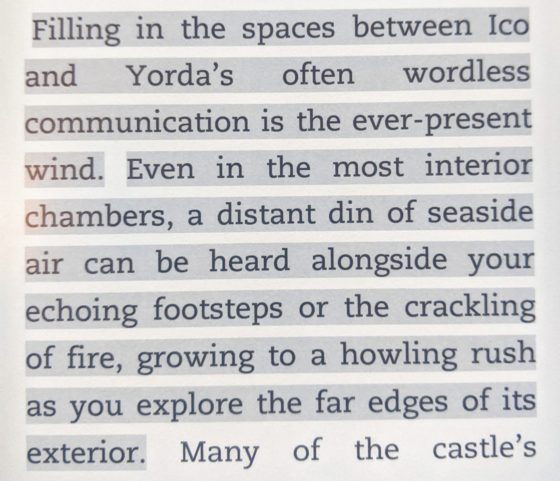 ▰ There’s a Japanese ceramics tradition called kintsugi that involves mending broken pottery, and in the process embracing the fractures, using them as decoration. This week in the Disquiet Junto, musicians are exploring kintsugi as an inspiration to remixes/reworkings.

▰ Have a good weekend, folks. If you’ve got a favorite film score (Michael Clayton here), I recommend playing it on shuffle. Most scores have one major motif. Listening in a new order brings the music back to the foreground, refreshing how its melodies and tonalities develop.

The Uncanny Valley gets all the press, but there is another valley nearby, a Hyperreal Valley located in the Goldilocks Zone between the discomforting and the mundane, the failed experiment and the all too familiar. In place of the awkwardness of some neural network’s syrupy, glitchy, pixel-flesh puppetry, there is the sprawling atmospheric environment of broad-geography video games, places where you can stroll and get to know not only the neighborhood but a semblance of a world.

Here are two more sequences from Cyberpunk 2077, one shot by day, the other at night, in both cases the position of the sun having nothing to do with astronomy and everything do to with a game-state variable deep in the code. In contrast with some of the others I’ve posted recently, these are motion-intensive. They aren’t records of loops shot from stationary corners. They are half-hour walks through fantastic imaginings of urban places. We don’t only hear the layered elements — traffic, conversation, machinery, advertising, etc. — but we hear them in relative position to each other, and from various vantages.

At 15:15 in the daytime video, there is a deep surge, part whale song and part industrial drone. What there is is a giant freighter hovering overhead. Then another comes into view, followed by a similar guttural utterance that veers on the atmospheric in scale. The taken-for-granted facts of the narrative are well beyond our own humdrum reality, and yet the result in the videos is disarmingly natural, very much the opposite of the Uncanny Valley. In fact, if you turn down the streaming quality to 480 on one of these and on a real-life walk around Tokyo or Manhattan, the differences would become even less recognizable.