Quote of the Week: Silent Television 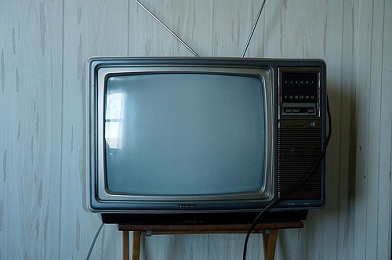 In a recent essay at ctheory.net, titled “Silent Television: A Virtual History of Voice and Voicelessness in Divergent Media,” Robert Briggs discusses a negligible cultural territory by energetically taking the measure of its relative absence.

There has been no significant silent television, unlike in film, which was preceded by a full and popular “silent” era. Briggs, naturally, points out the “myth” (in the words of Raymond Fielding) of silent film, how few if any “silent” films were viewed in silence — if anything, they were rambunctious affairs, with live musical performance, choreographed sound effects, and an audience comfortable with discussing the on-screen activity.

If anything, Briggs notes, it’s the rise of the talkie that turned the movie theater from a convivial place to a library-like zone of quiet. To this effect, he quotes Alexander Walker’s The Shattered Silents:

Silent movies had enabled the casual customer to drop in, and within a minute or two be locked into the story and characters. Mime-acting made the characters’ predicaments easily intelligible; sub-titles gave people emotional cues to follow rather than narrative points to recall. But dialogue changed all this: it demanded attention, it enforced silence on the audiences who had hitherto been able to swap comments on the movie below the music of the pianist or pit orchestra. Now one had to shut up, sit up and pay attention to a plot that more and more was conveyed in words, not pictures.

It’s odd that an article such as Briggs’, with a subsection titled “Art” and several references to the avant-garde, makes no mention of the television-set abstractions of Nam June Paik. But Briggs does dive deep into popular television, noting the silent show of Ernie Kovacs and the “Hush” episode of Buffy the Vampire Slayer, and he expands the purview to include amateur video postings to YouTube and the like. (He doesn’t mention Yule logs — perhaps it’s an American custom, as he’s based in Australia — but he does touch on nature documentaries.)

Especially of interest is Briggs’ attention to the rise of the DVD, and how the presence of commentary tracks “shatters the ‘naturalism’ of sound that has dominated audio-visual production since the late 1920s.”

One thing Briggs’ doesn’t state directly but does make room for, by emphasizing the manner in which radio (not film) was the real precursor to TV, is the extent to which it is a writer’s medium. That’s the main tension inherent in silent television. A show like West Wing was, deservedly, praised for its scripts, which reportedly were notably thicker than the TV average. As shows get more and more cinematic, we’re witnessing more sequences that move the story forward without dialogue — think of the interstellar shots Battlestar Galactica, the fights in Human Target, the Oceans-style heists in Leverage — and we may yet be entering into one of the more “silent” periods in television’s history.