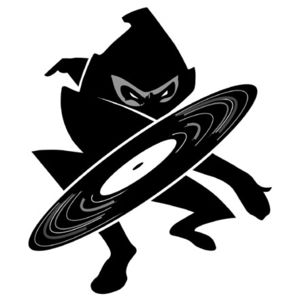 The year 2010 marks the 20th anniversary of the Ninja Tune label, founded by Matt Black and Jonathan More. There’s enough archival coverage on Disquiet.com of Ninja Tune — home to Kid Koala, Cinematic Orchestra, Funki Porcini, and the founding duo’s own Cold Cut enterprise — to allow for a full-on microsite, but here’s just a handful of past interviews:

Label co-founder Black in 1997 talks about the origins of the label (“Pump Up the HTML”):

We’re not for sale, end of story. Jon and I have tried being a part of working for the man, and it was most unnatural, and we nearly expired. It nearly finished us off. Not an experience you get to repeat. It might be fine for — other people can do what they want. We find it’s best to be independent and free. And I could name a million reasons to justify that but in the end people are going to have to check it out themselves. The music business is in no way different from the hamburger business, and if you want to be the best burger griller at McDonald’s, then go for it, but there is more, and being free is priceless, really.

Also in 1997, Patrick Carpenter gives a walk-through of his remix, under the DJ Food name, of a David Byrne song (“Anatomy of a Remix”):

[Regarding Byrne’s jittery vocal] The track I started working on was 136 beats a minute and it had a heavy swing. To make the vocal fit, I cut it up into syllables, but it sounded crap. I still had all these vocals cut up into syllables, so I put little loops in each syllable.

And three conversations with Amon Tobin, one from 1997 regarding the release of his album Bricolage (“Bric House”) — note that this is almost a decade before he put together a live band for the production of Chaos Theory – Splinter Cell 3 Soundtrack:

I wish I’d learned one instrument and become really competent on that one instrument, but I think that my instrument now is the sampler, and that’s what I’m focused on. I think there’s a lot more that can be done with it and I’m just skimming the surface, really. I’m not really interested in using live instruments at all. I could get session musicians in or whatever as well, and sessions to do samples for me, but I’m really quite into using sounds that come from other places.

… one from 1998 regarding Permutation (“Evolution & Permutation”) — it’s especially interesting to look back to a time when the use of a laptop was both cost-prohibitive and, in terms of power, somewhat unfeasible:

I’m seriously considering buying a little laptop the next tour I do, and maybe one of those portable record players too, maybe just doing some stuff on the road, that’d be wicked. I haven’t had the chance to do that yet, haven’t been able to afford a big enough laptop, a powerful enough machine to be able to run Cubase, whatever. In the future I’m going to do that, make tunes on tour.

You can’t make people have a wider view of things than they do. I think only time does that. As each new piece of technology comes, and becomes oversaturated in the media, etc., then people become used to it. Everyone’s listening to electric guitars with not too much trouble, and they were having lots of trouble with it when it first came out, so I suspect the same thing will happen with electronic music.

A search for “Ninja Tune” yields a wealth of material, going back to 1996, when coverage included a “Best CDs of 1996” list and to an intro-to-electronica titled “Ambient: A Starter Kit.”

Visit the label’s anniversary site at ninjatunexx.net. (And for what it’s worth, no one appears to have yet purchased the URL “ninjatunexxx.net.”)