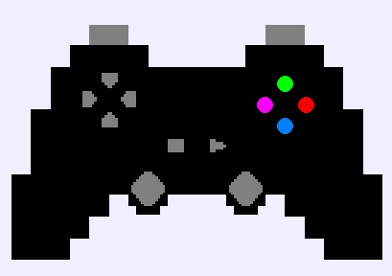 The Grammy Awards this weekend mark the first time music from a video game has been nominated in one of its many (109 this year) categories. That’s the backdrop for a little essay I just published over at the In Media Res project. The piece is titled “… Or Other Visual Media.” It’s ironic that my post coincided with the announcement that the Guitar Hero video game franchise is being shelved. Somewhere, no doubt, the recording-industry equivalent of rockists (album-ists?) are mistakenly taking this as a sign that the cultural tide is turning back from interactivity to fixed recordings.

This week, as part of a pre-Grammy run up, a bunch of us have gathered at mediacommons.futureofthebook.org/imr to talk about the state of pop music: five mini-essays over the course of five days, each essay complemented by (or complementing) a selected video. The website is home to the In Media Res project, which bills itself as an experiment in online scholarship. Each week In Media Res selects a new subject and posts five new essays/videos. This week’s (“Theme: Pop Music [February 7-11, 2011]”) was edited by Ted Friedman, a Georgia State professor with whom I attended college.

All of the participants are fellow alumni who have done their share of music criticism. It’s a mini-reunion for our college music zine, which was named Nadine, after the Chuck Berry song. The first entry was Friedman’s, on the divide between music critics and academics who study music (“Tickling the Ivory Towers”), to which I added some thoughts about the gentrification of subject matter. Day two, Gavin Edwards (“Words, Words, Words”) reminded us of one of the beauties of the classic era of MTV interstitials, and I weighed in with my dream scenario in which MTV became a network of true video-music synaesthesia. Day three, James Hannaham (“Hide Your Kids! Hide Your Wife! Hide Your Husband!”) wrote on the autotune sensation that is Antoine Dodson — which was especially timely for me, because I’d been wondering when the first “unofficial summer song” would be a cloud-based phenomenon rather than a commercial single, and Hannaham reminds us it may have already happened. And tomorrow, Ivan Kreilkamp will write about the Wikileaks-inspired mixtape by M.I.A. (“Free and Freer: Wikileaks and ViCKi LEEKX”).

Anyhow, <a href=””http://mediacommons.futureofthebook.org/imr/2011/02/10/or-other-visual-media”>my post is up now, following some last-minute trimming due to a production issue. I took Friedman’s assignment literally, and elected to look at the Grammy Awards directly. Now, making fun of the Grammy Awards is too easy. It’s easier than shooting fish in a barrel. It’s like kicking over a barrel and watching the fish suffocate, and there’s really no pleasure to be had in that. Instead, I looked at the power relationship between the Grammy Awards and video games, in which the music industry (represented by Grammy) tries to act like video games don’t exist. The piece is titled “… Or Other Visual Media,” named for the catch-all that was appended to (but never apparently embraced by) the Soundtrack Album award more than a decade ago.

Less interesting is boosterism for nominating video-game scores. My emphasis is the shortsighted Grammy focus on “singles” and “albums,” which exposes how its governing body prioritizes “recording” as fixed artifact, versus recording as process or recording as system.

Many thanks to Friedman for the invitation. He talks a bit more about this week’s series at tedfriedman.com. (Also: Edwards: rulefortytwo.com; Hannaham: jameshannaham.com; and Kreilkamp: indiana.edu.)

PS: Just another note about Christopher Tin’s nomination for the song he composed for Civilization IV. That game, I should mention, was released in 2005. I kind of wonder if the reason it’s even nominated this year has something to do with how the song appeared on a commercial album by Tin this past year, and then when that song was itself singled out for nomination it was noted at some point that it had, earlier, appeared in the game. Anyhow, the half-decade gap between its initial release and its nomination suggests the game wasn’t the reason the Grammy governing body took note of it. Civ IV was updated several times after its initial release, so maybe Tin’s song appeared not in the initial release but in a later iteration. I’m not sure. I’ll look into that.

PPS: Discussion is continuing at the original post, specifically about what game music makes recommended listening (I list six examples, divided evenly into two categories: “fixed,” meaning albums and single-song servings of music from games, and “indeterminate,” meaning music from games in which the music shifts and changes as a result of the exigencies of gameplay), and whether some games are simply better without music.

2 thoughts on “Why the Grammy Awards Hate Video Games”