It’s Not a Soundtrack. It’s a Film-less Film. 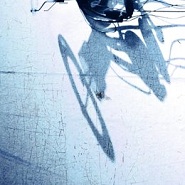 The details associated with the latest CrÃ³nicaster podcast entry are either tantalizing or frustrating, depending on your point of view. Either way, the track, a lengthy excursion into sound narrative, is a sprawling experience — rough noises, minute tinkering, segments that pass like sequential scenes. As such, it makes for a solid parallel comparison with another songless mix of field recordings and synthesis earlier this week that suggested itself as a soundtrack to a film-less film, Christopher McFall and David Vélez’s Credence. The CrÃ³nicaster work is Decay and Structure (Complete Score), credited to Herde Katzen. It’s about a decade old, though the track was only posted in the past month, and Katzen explains, in what appears to be a rough translation: “The basis for this movie were four strange dreams of one man. On a plan, the director in this film intended to have no dialogues, only sound and visuals.” So perhaps there is an actual film to which this is the score, but if so the score appears to involve as much background sound as it does background music (MP3). It’s a work whose approach involves stoking the listener’s imagination to make connections between disparate elements.