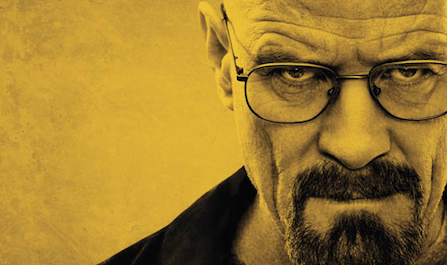 Both the German electronic musician Apparat and the music supervisors for the American TV series Breaking Bad found an interesting balance of licensing and scoring for the final episode of the recent season. The episode, which aired October 9 and closed out season 4, featured the Apparat song “Goodbye” — and yet it wasn’t the full song. It was an instrumental version, lacking the vocal of Soap&Skin (aka the Austrian singer Anja Plaschg). And because Plaschg’s vocal, despite its seeming transparency in the original, was lacking, the piece took on an entirely new meaning — Apparat’s steady if growing pulses serve as a grounding counterpoint to her slowly rising singing. In the absence of that singing, the Apparat instrumental takes on a greater sense of gravitas.

Apparat, aka Sascha Ring, subsequently posted the instrumental track at his soundcloud.com/apparat account for free streaming and download:

The full version of the song, with Plaschg’s vocal, can be heard in this video. It’s from Apparat’s recent album, The Devil’s Walk, on the Mute label. In a funny turnaround, the video to the full version of “Goodbye” makes use of pre-existing footage, in this case from the 1928 film Spione, or Spies, by Fritz Lang: