Concert by an alter-ego of device maker Travis Johns 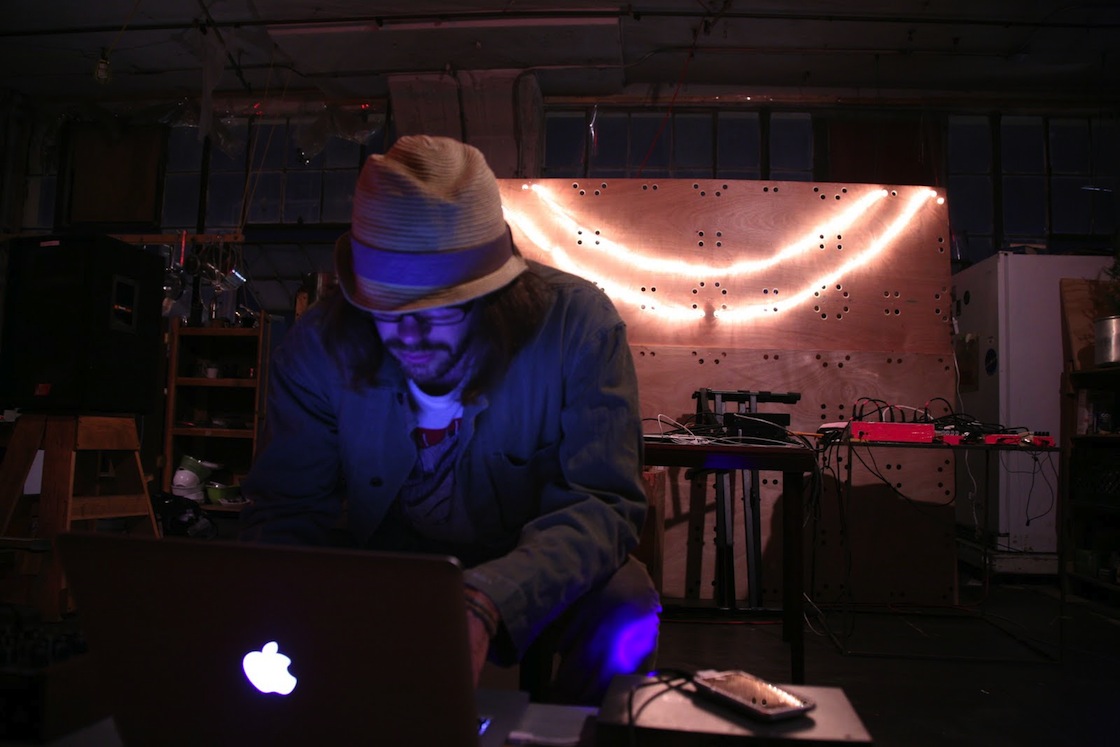 It starts with an elegant layering of string sounds amid the slowly receding yaps of an audience that is shifting from enthusiasm to alertness (from, one might say, “scene” to “heard”). It ends like what could be a truck filled with glass plowing in slow motion into a thick wall of concrete (MP3). In between it gains momentum, the opening half a study in the pleasures of razor tones until it pivots, quite suddenly, into overdrive — as if the loops were being refracted in the countless mirrors at the end of The Lady from Shanghai.

The piece is by vsls, a working name of Travis Johns, who did his undergraduate study at the Oberlin Conservatory of Music and graduate at Mills College. It’s a live performance recorded live at Project Catalyst in Poughkeepsie, New York, performance on September 22 of this year. Those opening sounds aren’t merely string noises; they are raspy with static, bits of feedback subsuming them, emanating from them, while additional sounds suggest bits of metal clanging lightly.

Audio made available for free download at archive.org and woundedsquid.blogspot.com. More on Johns, who makes electronic music devices in Costa Rica, at vauxflores.com and travisjohns.bandcamp.com. Catalyst doesn’t appear to have a website, simply a presence on Facebook.

(The above image isn’t from the Catalyst show. It’s from a Brooklyn concert that Johns played last year.)