Â¶ Glass House Music: Via NPR, video of Julianna Barwick performing a haunting layering of her vocals at the famed Glass House of Philip Johnson in New Canaan, Connecticut:

The conjunction of her music and this place brings to mind the influence of transparent residences on John Cage’s conception of sound. This is from his book Silence:

“The glass houses of Mies van der Rohe reflect their environment, presenting to the eye images of clouds, trees, or grass, according to the situation. And while looking at the constructions in the wire of the sculptor Richard Lippold, it is inevitable that one will see other things, and people too, if they happen to be there at the same time, through the network of wires. There is no such thing as an empty space or an empty time. There is always something to see, something to hear. In fact, try as we may to make a silence, we cannot.””

Â¶ Talking Book: In a review of Alvin Lucier’ book Music 109 (Wesleyan) at lareviewofbooks.org, Dave Mandl gets to the heart of the document — that it is more history than musicology, and more personal history than history: “What exactly determined the set of people and compositions Lucier chose to discuss in his book — or, for that matter, in his lectures? … The most likely answer is also rather mundane: Lucier probably chose this particular group because it’s the circle of people he happens to have been involved with.” Not, to suggest, that there’s anything wrong with that.

Â¶ Borrower Be: Rick Prelinger’s essay “On the Virtues of Preexisting Material” is essential reading, especially for folks interested in the conceptual framework of the Creative Commons. This is the outline of his self-described “manifesto”:

Â¶ Sine Table: This is the workbench of someone developing sine waves for musical use: 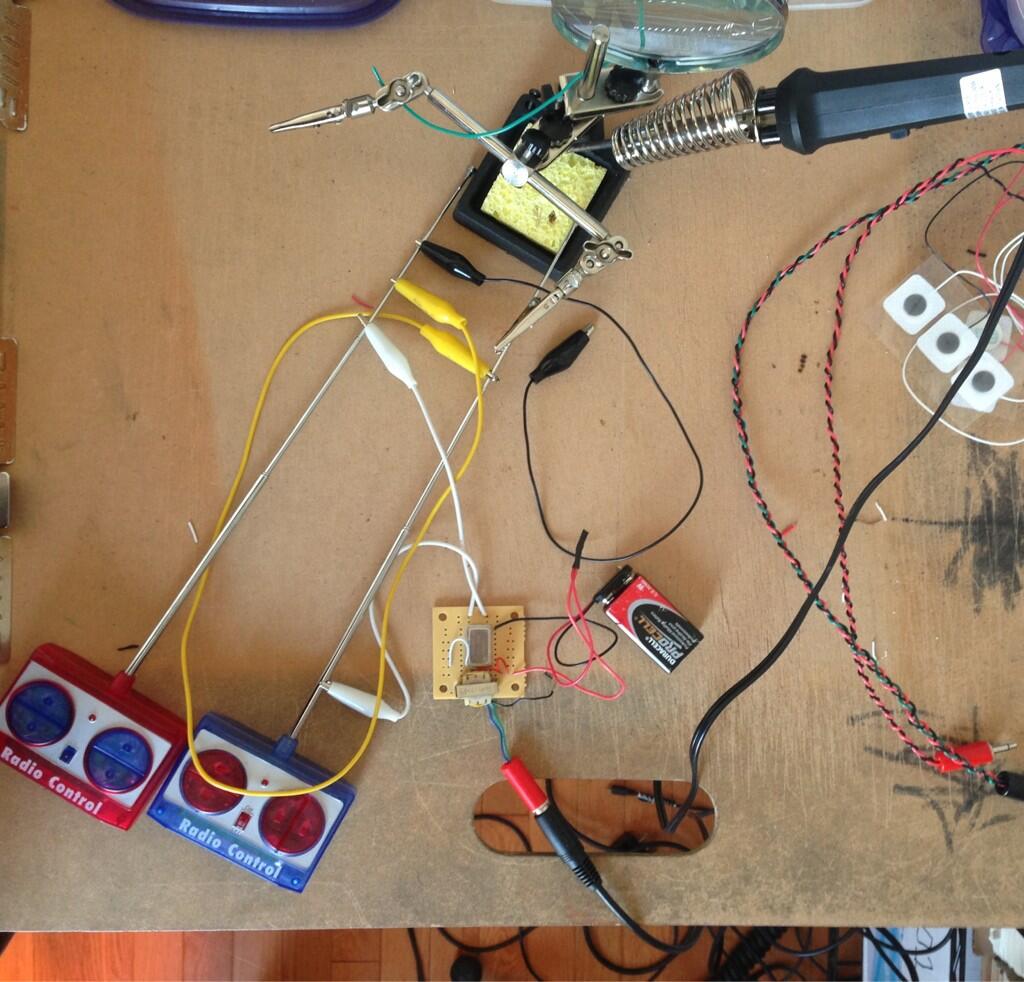 It was posted by Jeff Kolar as evidence of his work on the current, 62nd Disquiet Junto project. On a simpler note, if you’re participating in the project, making music from sine waves, this browser-based oscillator may be of use: onlinetonegenerator.com, as recommeded by Karl Fousek (karlfousek.com).

In Brief: Â¶ The February compilation of Creative Commons music from the nx series includes a dozen tracks from the 59th Disquiet Junto project, “Vowel Choral Drone: musicnumbers.wordpress.com. It was compiled by Miquel Parera of Barcelona, Spain, who is at twitter.com/computerneix. (Hat tip to Larry Johnson (soundcloud.com/l-a-j-1).) Â¶ Got word this morning that the Stephan Mathieu project at indiegogo.com was officially fully funded. Â¶ The firm Arup, whose ambisonic activity has been a subject here, has further expanded its acoustics endeavors with the integration of the firm Artec (artecconsultants.com, arup.com). Â¶ Both the Saturday and Sunday Autechre live sets from last weekend are still streaming as archival recordings at mixlr.com/autechre. Â¶ Rob Walker, good friend and the organizer of the apexart exhibit that hosted Disquiet Junto music last year, has taken a new gig as a news columnist at Yahoo! (news: mediabistro.com). In his first column he lays out why the whys and hows of gadget-land are more deserving of focus than the whats — that is, than the gadgets themselves: “I won’t be doing is joining the race to post images of and quote press releases for the latest gizmo. To me, what’s really interesting about technology isn’t technology—it’s what people choose to do with technology, for better and for worse.” Â¶ This section had been called “Stems,” for the partitions in the contemporary electronically mediated recording process. Before that it was called “Tangents.” Now it is called “Cues.”