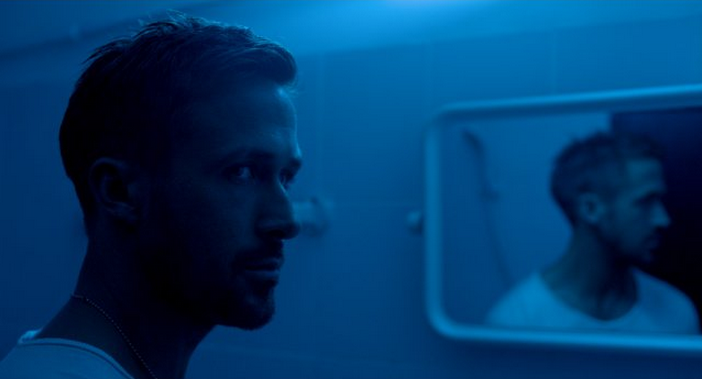 â—¼ Martinez + Refn + Thailand: Perhaps not every sequel that relocates to Thailand is a disappointment. The score to Only God Forgives (screen shot above) by Cliff Martinez (film directed by Nicolas Winding Refn) is streaming in full at pitchfork.com. Martinez scored Refn’s previous movie, Drive. Working with Martinez are Gregory Tripi and Mac Quayle (who between them collaborated with him on such films as Contagion, Arbitrage, Spring Breakers, and Drive). There’s also Thai pop music, and two of the Martinez tracks are orchestral works performed by the City of Prague Philharmonic Orchestra. The movie is set in Bangkok and stars Ryan Gosling and Kristin Scott Thomas. A less than promising report by Manohla Dargis (at nytimes.com) from the Cannes Film Festival notes the centrality of wallpaper to the movie: “There are a lot of opportunities to examine that wallpaper with its repeating pattern ”“ nonfigurative swirls with teethlike serrations suggestive of a dragon.” The description could apply to the pulsing, ambient Martinez score as well.

â—¼ Sound Design in Product Design: “This could sense the sound levels in the room, and then gradually nudge you to turn over a bit,”Drexel Design Futures Lab director and assistant professor Nicole Koltic tells cbslocal.com of a robotic mattress. Koltic is describing a work in an exhibit at the Leonard Pearlstein Gallery in West Philadelphia. The exhibit features projects by six master’s students in the Interior Architecture and Design program at Drexel. Also in the show is “Memory Prosthetic”by Sarah Moores:

“The memory prosthetic is a wearable device that records an audio track when there is a detectable physiological change in the wearer. This thesis speculates on how memories form through emotional connections to events and the integration of technology and biological responses to enhance our awareness of these connections. The design scenario consists of a wearable device that records events with the assistance of biofeedback and a listening pod, which plays back the audio to enhance meditative reflection on selected moments throughout the day.”

“The pervasiveness of handheld computing has shifted how we experience and interact with our environment and filtered the physical world through a digital screen. This project explores strategies for encouraging ambulatory exploration of the urban landscape through experimental prototyping with environmental sensors, physical feedback and audio graffiti.”

“If ambient music emerged decades ago as an artistic mode revolving around dislocations and relaxations of authorship–and quasi-reversals of figure and landscape, foreground and background–perhaps this proposition may usefully be expanded today, in a manner pertaining not only to objects of art but contemporary ways of looking (and their tenuousness between artistic periods).”

â—¼ Listen About Listening: Seth S. Horowitz, author of The Universal Sense: How Hearing Shapes the Mind, is interviewed on kuow.org about how to be a better listener. Horowitz is the chief scientist at neuropop.com, a sonic consultancy. He has an account at soundcloud.com/universalsense.

â—¼ Flora Magic Orchestra: Ryuichi Sakamoto unveils his Forest Symphony at the elegant forestsymphony.ycam.jp website: “Ryuichi Sakamoto will produce music on the basis of bioelectric potential data gathered from trees around the world. In line with this potential data, environmental information of each tree’s distribution will be added and the tree’s link with the music will be presented visually under the visual direction of Shiro Takatani.” It’s part of the 10th anniversary of the Yamaguchi Center for Art and Media.

â—¼ Sound Art Summer Camp: If you’re in the Dallas, Texas, area and are (or have) a pre/teen, there’s a sound art summer camp. It runs from July 15-19, 1-4pm, and is for ages 10-18: “During this camp, students will learn to make a self-portrait by recording and combining the sounds of their daily lives.” More on the camp at oilandcotton.bigcartel.com. The series is run by Chaz Underriner, more from whom at chazunderriner.com. Found via the “moms” section of dmagazine.com.