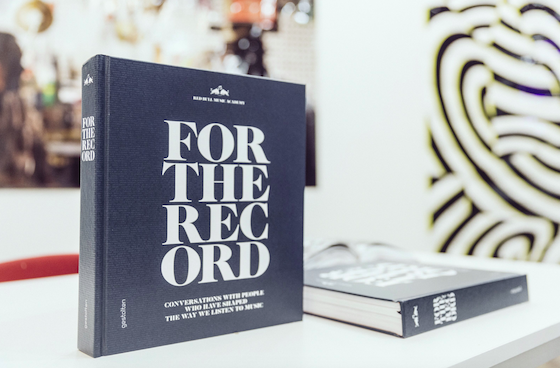 I mentioned this last year, but am only now getting around to posting the text. I was invited to write an essay for the tremendous book For the Record: Conversations with People Who Have Shaped the Way We Listen to Music. Published by Red Bull Music Academy in late 2013, it is a collection of marvelous team-ups, such as Martyn Ware talking with Nile Rodgers, and Lee “Scratch”Perry talking with Adrian Sherwood, and Robert Henke talking with Tom Oberheim. Each of the participants has an essay providing background on their activities, and I was asked to write one on Carsten Nicolai and Olaf Bender, who co-run the great Raster-Noton label and who speak with Uwe Schmidt in the book. Here’s the text of my essay:

By 1999, the Berlin Wall was dust for a decade, and a new threshold was in view. Though the next millennium would not begin, technically, until 2001, the year 2000 hovered just ahead in the popular imagination with a mix of portent and promise. This anticipation in mind, the German record label Noton invited an international assortment of musicians to contribute to a monthly series of recordings titled 20’ to 2000.

Each participant was directed to record what they felt might play on a home stereo for the 20 minutes just before bells would bring in 2000. A dozen in all, these contributors included Thomas Brinkmann, Scanner (AKA Robin Rimbaud), Mika Vainio (of the duo Panasonic) and Wolfgang Voigt. Their music, a mix of emotionally remote glitch and ambient, signaled a considered ambivalence about the future. The releases were as stark in packaging as they were sonically: Composed of standard-size CDs, the outer two inches of which were fully transparent, encased in nearly mark-less clamshells, each connecting to the next with small magnets, resulting in something like the vertebrae of a squat cyborg snake.

Also among the participants were Carsten Nicolai, who had since the mid-1990s run Noton as his own concern, and Olaf Bender, who had around the same time founded — alongside Frank Bretschneider — the label Rastermusic. The imprints shared an interest in viscerally ascetic, ecstatically minimal tracks. Music that whittled the rhythmic intent of techno down to myriad displays of patterning.

The series not only announced the beginning of a new chronological mindset, but coincided with a merger: Noton and Rastermusic would become Raster-Noton. Since the 1999 union, visual design and sonic experimentation have been its hallmarks. The label has released a sequence of recordings that, while originating from a variety of musicians, can be heard to collectively explore a shared territory. Raster-Noton effectively existed as a homestead on the frontier of digital art, and then waited until the rest of the planet caught up.

Today, of course, data visualization is pervasive, but its accepted norms can be tracked back to the early efforts of Bender, Nicolai, and the cohort they assembled at Raster-Noton, most notably Ryoji Ikeda, who has made a name for himself by filling art spaces with immersive barcode projections. The expressly global Raster-Noton label has served as a safe haven to Russian-born CoH, Swedish tape-music tinkerer Carl Michael von Hausswolff, British broken-techno duo snd (Mark Fell and Mat Steel) and a crew of Americans, among them to sound artist Richard Chartier, microsound explorer Kim Cascone and William Basinski, best known for his work with decaying tape loops.

The label has also been home to the unceasing productivity of Bender and Nicolai themselves. Nicolai’s solo releases, usually under the name Alva Noto, can often sound less like individual records than like the latest in a series of missives from a rarefied landscape. He is also prolific collaborator, having recorded alongside artists as diverse as Ryoji Ikeda, with whom he shares a love of immersive data environs, and Ryuichi Sakamoto, whose melodic proclivities offer a useful counterpoint. Those efforts have increasingly made him as prominent in art galleries as he is in clubs (How many techno musicians have work in the collection of the Museum of Modern Art?) His books, such as Grid Index and Moiré Index, look exactly like his music sounds: geometric structures whose complexity is rooted in slight shifts rather than sweeping gestures.

Like Nicolai, Bender is as much a graphic innovator as musician. It is a distinction that he willfully blurs, as in the title to his 2008 album, Death of a Typographer. The music found within has the cadence and intent of techno, but registers as barely a sequence of blips — the blueprint for techno in the form of a click track. Bender generally records under the moniker Byetone, and is given to koan-grade pronouncements about dedication to luxurious aridity. He once told an interviewer that he prefers the phrase “How less can I do”to “How much can I do.”

In 2013, Bender and Noto opened for the global synth-pop act Depeche Mode. Bender and Noto’s project for this stadium-proportioned enterprise was Diamond Version, a trio with the Japanese musician Atsuhiro Ito, a virtuoso of the fluorescent light bulb, which he wields like an especially theatrical Jedi knight. The association with Depeche Mode was not implausible, despite the seeming gap between their audiences. In the year prior to the tour, Diamond Version began releasing a series of hard-hitting, club-teasing EPs on the Mute Records label, a longtime residence for Depeche. Around the same time, Noto contributed a remix to a single by VCMG, the two-man supergroup comprised of Depeche Mode’s original songwriter, Vince Clarke, and the man who inherited those duties when Clarke left the band early on, Martin Gore.

The beats of Diamond Version are more louche than much of what Bender or Noto have previously produced — the effect is less white-wall gallery, more opulent urban lounge — but the dance-party tonalities only serve to disguise a trenchant minimalism that is of a piece with their collective catalogs. Diamond Version should be heard not as deviating from their more abstract Raster-Noton activities, but as another layer in the social graph that is Bender and Noto’s combined artistic vision. For we know what happens when new layers are added to corresponding yet inherently distinct data sets: familiar patterns are disrupted, and a new moiré emerges. 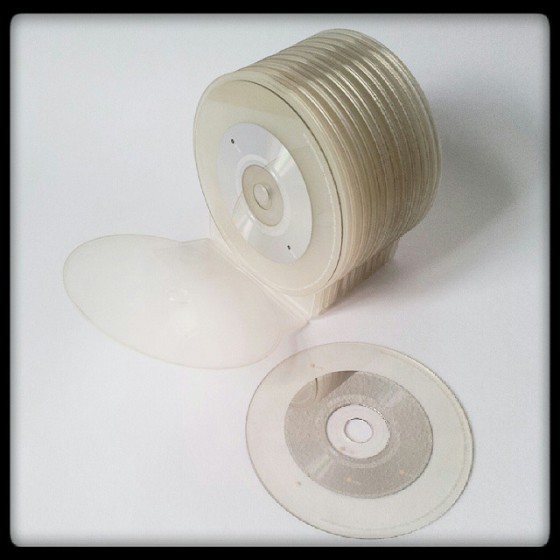 More on the book at redbullmusicacademy.com. And here’s something I wrote about the early Raster-Noton set 20′ to 2000