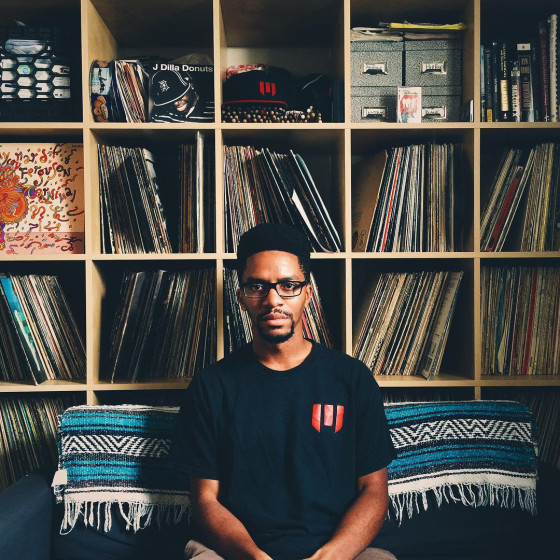 Arcka, aka Shawn Kelly, the artist also known as Arkatron, and formerly as Y?Arcka, has a release, Subtle Busyness, due out shortly on the Twin Springs Tapes label. Two tracks have been posted to the label’s SoundCloud account in advance. Both are instrumental hip-hop, which is where Arcka lives, but they go in distinctly different directions.

“Aerofloat”is more characteristic of Arcka, which is to say it’s more difficult to pigeonhole and a rewarding listen for that very reason. Early on the beat slows to a syrupy pause, like a hip-hop train losing steam as it comes into the station, and for an extended period you listen inside the audio, to warped elements and a richly irregular rhythm. Of course, then it nearly flies out of control — though not fully, because Arcka is at the wheel.

Hip-hop production has a reputation for being studio music, and that’s certainly the case with Arcka, who does much of his work on an MPC, the classic rap-music workhorse. However, it’s useful to remember what a tactile machine the MPC is, how beloved its pads are to producers. In “Aerofloat”there are, throughout, these pixie-stick triggers that are just enough off the beat that you can sense the hand of producer. The music of Arcka may be recorded and constructed, cut-up and arranged, but the life blood is self-evident throughout.

Here’s a shot from a few years ago of Arcka cleaning the insides of his well-used MPC:

The two-track set was first posted at soundcloud.com/twin-springs-tapes. More from Arcka at arckatron.us. More from the Twin Springs label at twinspringstapes.bandcamp.com and facebook.com/twinspringstapes. The album is due out, in a limited edition of 100 tapes, shortly. And here’s an interview I did with Arcka/Kelly, who is based in Philadelhia, back in 2009: “Young Communicator.”