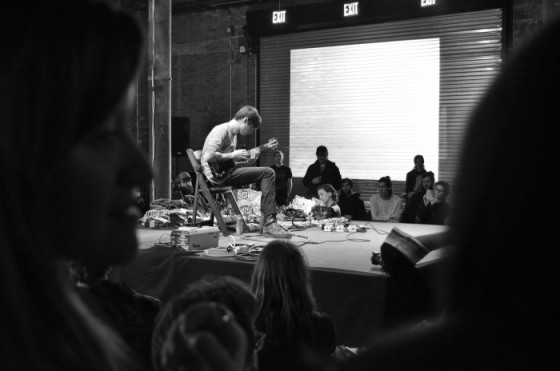 How this is the first mention I’ve made of Clocktower on Disquiet.com is beyond me, since I listen to the website — specifically its Clocktower Radio, founded in 2003 — a lot. I did express concern back in 2008 when its founder, Alanna Heiss, left the museum she founded, MoMA PS1 (previous PS1, originally Institute for Art and Urban Resources Inc.), but far as I can tell that’s the only mention of it here. In any case, Clocktower Radio is a long-running Internet audio series based in New York City.

Recently posted on the site is a half-hour live performance by guitarist Hubble (aka Ben Greenberg), recorded live on March 24, 2016, as part of an evening of quadrophonic pieces. It moves comfortably from expansive atmospherics to dense, tribal minimalism, the layers of (presumably live-looped) material gathering like fierce shadows. The antic momentum brings to mind early Battles, while the orchestral timbre naturally connects to the work of Rhys Chatham and Glenn Branca. (Update 2016.05.16: There is no live looping, per a tweet from Greenberg.) 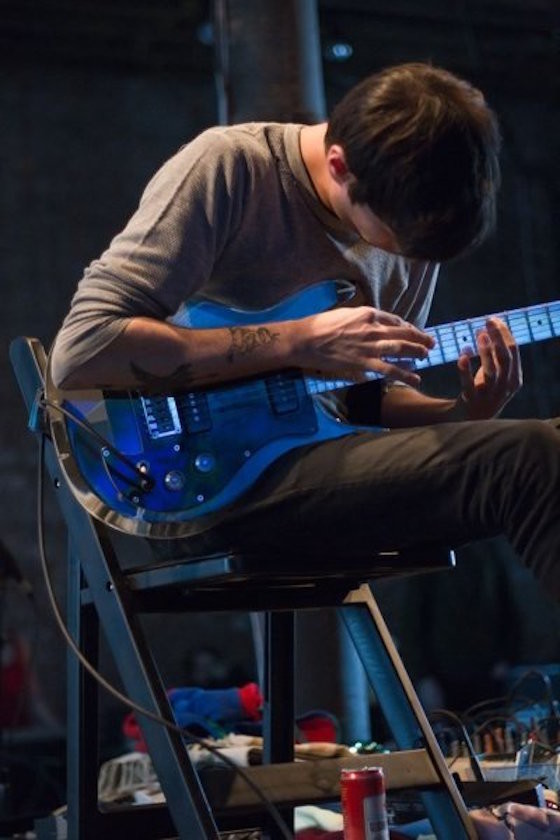