A fantasia of droning metallic forms

This living room concert features nearly a quarter hour of Jen Kutler eking a fantasia of droning metallic forms out of a stationary guitar. There are many alternative guitar practices, from playing with your teeth to preparing it, Ã  la a Cageian piano, with paper clips and other small objects. In many ways, an electric guitar can be said to always be prepared, in that it is almost always having its signal routed through various effects pedals. In contrast with a piano, an electric guitar is almost never heard unaltered. For all the perceived rawness and realness of, say, a rock’n’roll guitar solo, that sound is heavily technologically mediated. Kutler’s performance has all the force of a great rock statement, all the roil and ecstasy, but it pursues it without the familiar, orienting substrata of rhythm or melody.

There’s something illustrative about how Kutler situates her guitar. It’s on a guitar stand, at rest. A lot of noise guitarists take a lap-steel approach, holding it sideways. Others telegraph the meditative quality of meter-less sound by placing it flat on the floor, a six-string savasana. Others lay it on a desk amid various cables and effects, akin to a synthesizer or a keyboard. Those horizontal approaches can be read as contrasts to the normal positions: over one’s knee or suspended by a strap. The horizontal positioning matches the ambient/noise approach to sound, that we’re not hearing a song, but instead a song inside out, the material of a song, the sounds not the tune. We’re listening to music from a perpendicular angle. In Kutler’s hands those sounds are akin to a Harry Bertoia sculpture, of thick metal rods swaying amid the very noise they are emanating.

Kutler works with her own homebrew music technology, such as these MIDI-enabled umbrella and sewing machine: 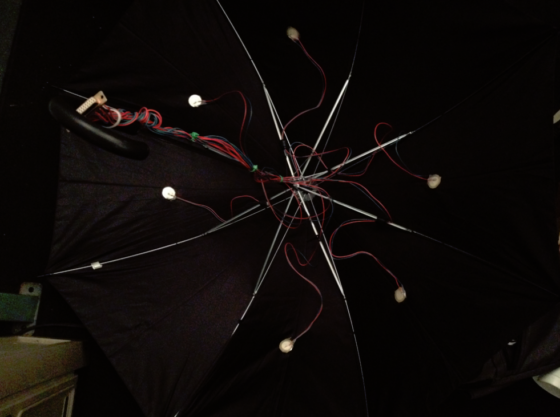 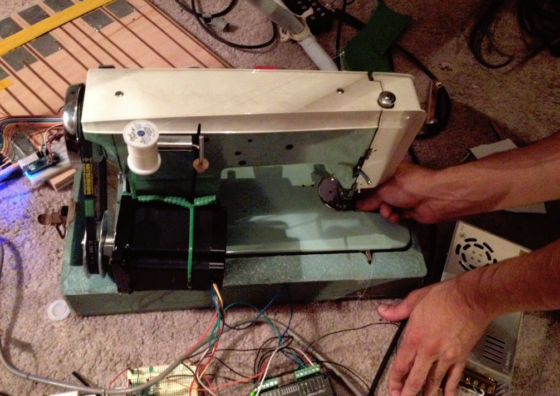