An apparent collaboration is in the works 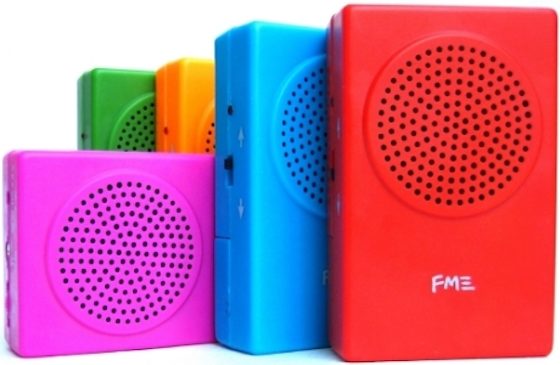 “Philip Glass + Buddha Machine. Jan 2017.” That single line of news popped up on Philip Glass’ Facebook feed two evenings ago, and simultaneously on the news page of Glass’ website, philipglass.com, and then an hour or so later on Buddha Machine’s own Facebook page.

What it means isn’t exactly clear. The base impression is there’s a forthcoming Buddha Machine featuring sounds from Philip Glass. Then again, it could be something richer still. Monolake, aka Berlin-based musician Robert Henke has, among others, done a full album of Buddha Machine remixes. Perhaps Glass has composed a piece with the Buddha Machine as an automaton collaborator.

Buddha Machine is the work of the duo FM3, which consists of Christiaan Virant and Zhang Jian å¼ è. The first one was released in 2005. The device is a small looping machine. It contains brief bits of music that play on repeat. Here’s a run through the sounds:

On the first device the only controls were on/off and switching between tracks. Later editions in the Buddha Machine line added the ability to change the pace, and thus the pitch, of the track. This would be one among the many celebrations of Philip Glass’ imminent 80th birthday. He was born on January 31, 1937.

This wouldn’t be the first Buddha Machine collaboration. They worked with Throbbing Gristle to produce the noise box named Gristleism back in 2009:

The third Buddha Machine, released in 2010, featured performances on the guqin string instrument by Wu Na å³å¨œ. And there was the Buddha Machine Secret Edition, produced for a French spa back in 2007 and 2008. In addition to the spa, there have been five official Buddha Machines. Glass is himself a gregarious composer whose numerous collaborations include work with Aphex Twin, R. Carlos Nakai, Richard Serra, Allen Ginsberg, Paul Simon, and Suzanne Vega.

You can hear the influence of Glass’ minimalism on the Buddha Machine, from the overall core function of looping, to the timbre and tonality of some of the tracks. The very first Buddha Machine’s second track, “Zheng – ç®,” in particular bears resemblance to the mediative arpeggios-as-reverb quality of many Glass compositions:

There’s little if any other information currently circulating, aside from a reply that the folks behind Buddha Machine made to one of the Facebook comments. In regard to certain desired characteristics of the forthcoming Buddha Machine item, they replied: “We have changed factories so I hope the new unit meets your desires.”

While on the topic, at the top of my wishlist for future Buddha Machines is that they are CV-controlled, so that the volume, speed/pitch, and track can be triggered by my modular synthesizer. This video of a hacked Buddha Machine by Leicester, U.K.”“based Stu Smith provides a proof of concept:

Here, in turn, is a room full of Buddha Machines, six in all:

This layering of multiple Buddha Machines has made the device a favorite of musicians who engage in generative music, in compositions that change over time as the result of artfully calibrated systems. Among the earliest major proponents of the Buddha Machine was Brian Eno, who reportedly bought numerous of the first edition. Eno today announced this his forthcoming album, Reflection, due out on January 1, 2017, on the Warp label, will also be available as a generative iOS app (more at brian-eno.net) that he developed with Peter Chilvers. Eno’s previous generative music apps, also made with Chilvers, include Bloom and Scape.

More on the Buddha Machine at fm3buddhamachine.com and buddhamachine.bandcamp.com. And, yes, there’s an iOS version.

(Thanks for the alert, Eric Vincent Guilmette and Michelle Milligan.)

Update (2016.12.20): The device is now available for pre-order at bleep.com and boomkat.com. Bleep says, “Set for release on his 80th Birthday, the new machine features variations on piano, organ and voice, and is sure to be possibly the most minimal, yet hypnotic entry on the Buddha machine yet.” Boomkat says, ” brand new Buddha Machine made in collaboration with Philip Glass, released to commemorate his’ 80th Birthday on 31st January 2017. Seven loops of distinctive and hypnotic works by Philip Glass featuring piano, organ & voice. Significantly improved sound quality and built in speaker as well as headphone output.” There appears to be no pitch/speed control on this one.