We Belong to the Sound of the Words

A vacation week at the Oregon Shakespeare Festival 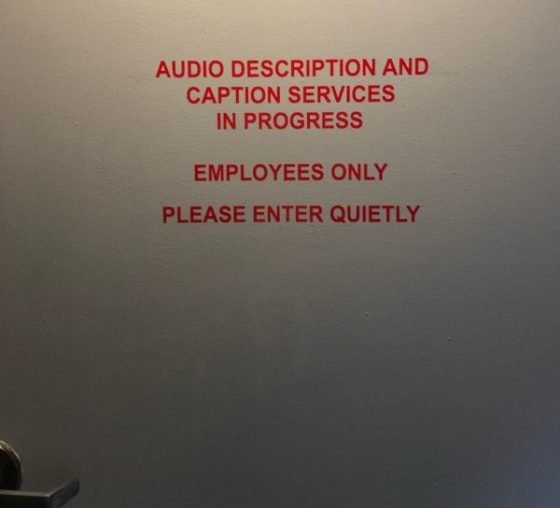 Over the past 12 months, I’ve slowly undergone a quite unexpected later-in-life conversion, specifically to the works of William Shakespeare. Especially unexpected if you happen to have known me in the insufferable ages between 18 and 21.

Once upon a time, I got my degree in English at a good school having managed to wend my way through its curriculum, both overt and hidden, while severely limiting my Bard input. I didn’t take a single course dedicated to Shakespeare’s work, requiring some caginess on my part, given that many of the school’s buildings were designed to look like we actually were in Great Britain, and that one of my more famous professors would later, enacting exactly the sort of arms-race overstatement that turned off a young student such as myself, attribute to Shakespeare the very “invention of the human.”

And yet, several decades later, the plays and poems (the characters and the tales, the words and the culture, the institution of the theater and the mechanical opportunities of iambic pentameter) are all new and alive to me. (The how and why of it comprise a separate story.) I got to see a gender-swapped “Hamlet” at the Globe in London last July, featuring a deaf Guildenstern, a casting gambit that resulted in a cascade of ingenious minor text and staging decisions (bonus: Pearce Quigley of The Detectorists as Rosencrantz), and it closed with a choreographed jig (an Elizabethan norm, which Takeshi Kitano fans will recall from the ecstatic end of his 2003 Zatoichi remake) so emotionally overwhelming that I found myself not just clapping along but … crying. Crying? The only tears I previously associated with Shakespeare were the rare moments in college when, despite my course-catalog subterfuge, I was forced to read the stuff. That same England trip I got to visit the Bard’s home turf of Stratford-upon-Avon. Now, don’t worry. I didn’t go all Jerusalem Syndrome. Or Arden Syndrome, or whatever the horrible Anglophile equivalent might be. I just took a bunch of tours and ate a lot of savory pies.

And then this past week I spent three nights watching as many evening productions at the Oregon Shakespeare Festival in the lovely, if dense with pollen (the true serpent underneath those innocent flowers), town of Ashland: first “All’s Well That Ends Well,” then “Macbeth” (lacking a jig, sadly), and finally “As You Like It.” The music and sound were strong with this festival, these highlights in particular:

“All’s Well That Ends Well” (directed by Tracy Young) took place in a mix of period and present day, the sets and characters a steampunk-lite combination of courtly and current. One musical through line was, of all things, Pat Benatar’s mid-1980s pop hit “We Belong,” a sample of which was looped and used as a background cue, before the song itself erupted from the mouth of Helen(a), as performed by Royer Bockus. The multi-talented Bockus has so much music in herself, her skills perfectly fit director Young’s many stratagems: feminist upstart, class-system defier, adolescent fantasist. Amy Altadona is credited as both composer and sound designer, so presumably the Benatar bits were a collaboration between Altadona and Young. In addition, Maudlin, played by Jane Lui in an expanded role, performed mid-scene accompaniment from a keyboard visible up in one of the faux-Tudor set’s balconies. If Helen’s penchant for breaking into song (part Glee, part Dennis Potter) brought to the production a fully fleshed character shuffling off the bounds of both eras’ societal and gender strictures, Lui’s performance (veering humorously between diegetic and non-diegetic, between duties on-screen, as it were, and off) tied the whole thing together.

Roughly one half of the musical revelations in “As You Like It” are Palmer Hefferan’s; the other half are Rachel Crowl’s. Hefferan is the production’s composer, serving director Rosa Joshi’s apparent desire to draw a stark distinction between the stultifying rigors of the court and the free-flowing nature of, well, of nature. The production opens with incredible clockwork ensemble choreography, essentially the exact opposite of the Elizabethan jig: rather than closing with catharsis, it opens in bondage. The daunting ticktock of the superb clock-like music (think The Prisoner or Watchmen as scored by Michael Nyman) finds its alter ego with large, loose-hanging chimes in the trees of Arden, the forest where Rosalind, now disguised as Ganymede, runs into Orlando, her life-altering crush. While their romance unfurls comically, it is Crowl whom the audience falls for. She is credited as both the banished duke (on-stage) and music captain (behind the scenes). Her considerable authority, all generous grinning swagger amid the makeshift woodland family, finds purpose in the guitar-strumming leadership of the misfit characters’ musical troupe.

I’m guessing this won’t be the last time my newfound affection for Shakespeare will bleed into my writing about sound. I have photos, for example, to post of the door knocker of the church where the Bard was buried. There’s an interesting story (a relic of sonic culture) associated with it, one that doesn’t require moving bones to excavate. That’ll have to wait, though. This journal entry has reached its necessary end.