Tasty as the sausages may be, sometimes paying attention to how they’re made can be just as enticing, maybe even more.

I spent the afternoon at the Museum of Modern Art in Manhattan before heading back home to San Francisco, the close of a somewhat sudden and quick trip to the city. The range of audio speakers throughout the newly redesigned MoMA, their placement and purpose, provided hints at the role sound was intended to play in the varied exhibits.

The museum today is less than ever a staid assembly of neutral zones. Since reopening in late 2019, MoMA is more a refined theme park, the design of adjacent rooms clashing, purposefully, with their neighbors. The paths are circuitous, disorienting, exploratory. The transitions between zones make each successive exhibit you wander through feel less like an autonomous space, and more like it’s in conversation with the places you’ve been through and are headed to.

When you enter a given space, you may hear something, but excepting rooms dedicated to individual works, it can be unclear which piece correlates with the sound. Speakers are everywhere. Room after room you enter has audio; the question becomes: From which of these many pieces in front of me is it emanating? This isn’t a puzzle. It never takes long to sort out. But in the process of untangling several such circumstances, patterns begin to form and cluster, and in turn a taxonomy of the speakers comes into shape.

There are speakers placed within the art in a compelling way. These speakers are visually, structurally, compositionally part of a whole: 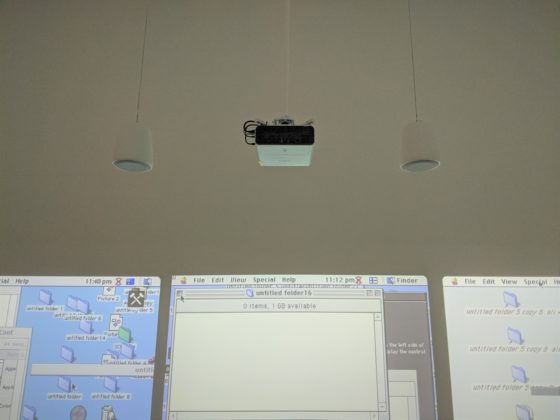 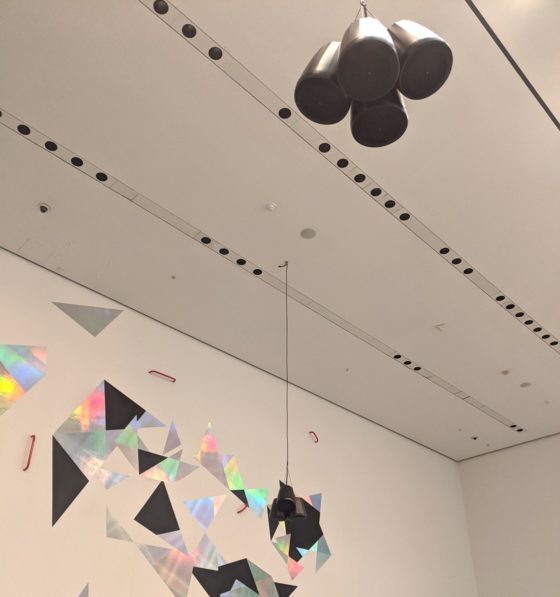 There are speakers off to the side or up in a corner, participating but not acknowledged. Their role is, in effect, un-credited. They are infrastructure, not art: 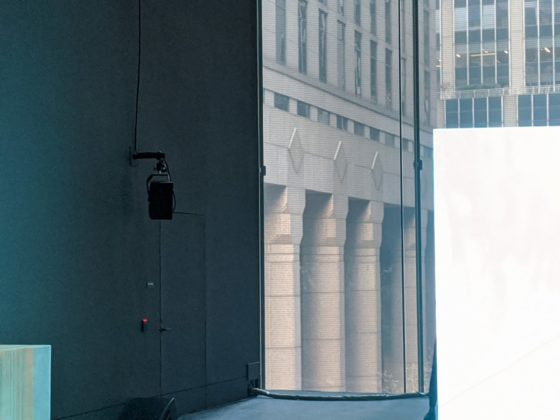 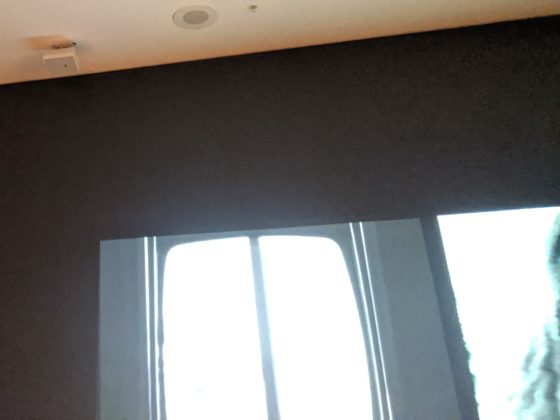 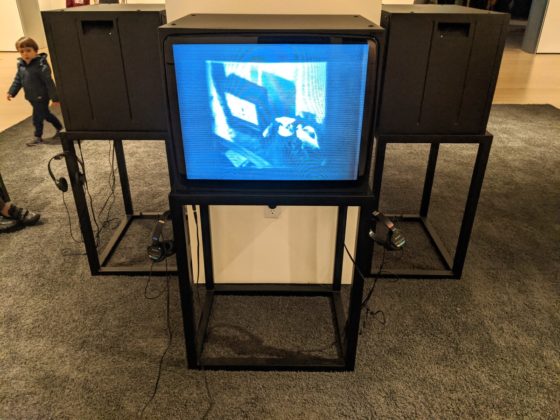 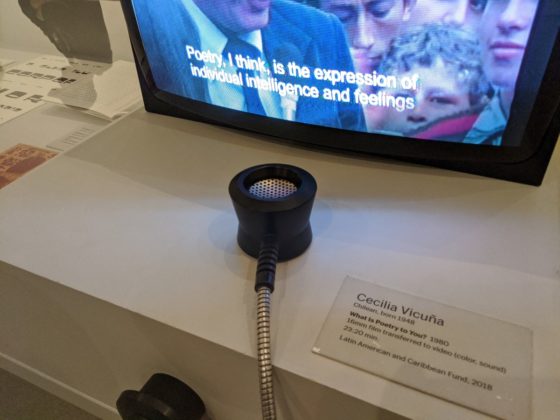 There is plenty of video that has no sound at all. Some of those pieces, for no readily apparent reason, make the effort, in the accompanying curatorial text, to inform the audience the works are, in fact, silent. One example is this 1985 piece, “Reabracadabra” by the artist Eduardo Kac. It runs on an old Philips Minitel terminal: 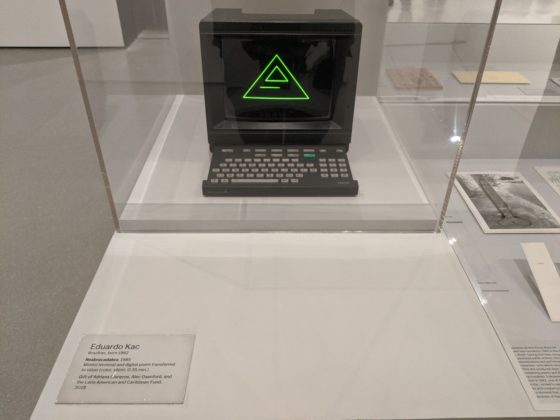 And then, after witnessing all these MoMA speakers, there are the pieces with no sound, no electronics at all, but that come to look like speakers, such as this untitled 1957 piece by Hélio Oiticica: 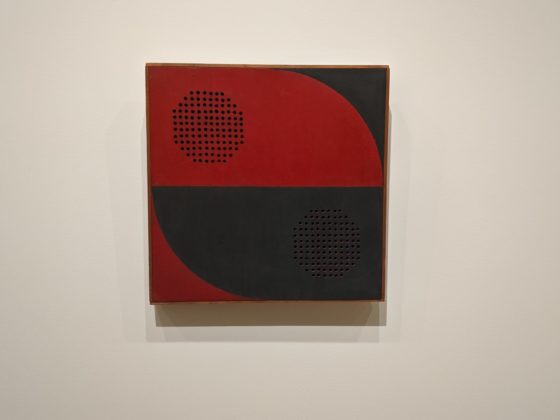