I do this manually each week, collating the tweets I made at twitter.com/disquiet that I want to keep track of. For the most part, this means ones I initiated, not ones in which I directly responded to someone. I sometimes tweak them a bit here. It’s usually personally informative to revisit the previous week of thinking out loud, and yow what a week this has been.

▰ “Andorians have the best singers. Their antennae increase resonance. This particular soprano was discovered on the street corner. If you hear her live, in the right hall, you can hear four layers of overtones.” (Hostage-scene dialog from Star Trek: Discovery, which I’m digging)

▰ Yes, I’m enjoying Joe Country, the sixth book in Mick Herron’s Slough Horses series. After much drama between the two in the past, this sliver of a scene is all that a main character and his granddad share in the book. (Well, so far. There’s always memories. And intrigue.) 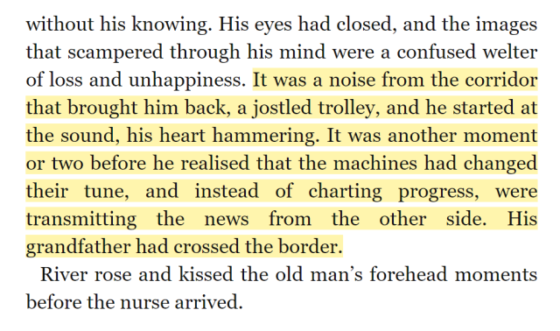 ▰ 2020: I’ll vote for anyone who abolishes Daylight Savings Time.

2021: I’ll vote for anyone who abolishes autoplay.

▰ First Tuesday of the new year, the noon void as barren as ever. The Tuesday noon Outdoor Public Warning System siren, a true soundmark of San Francisco, is on a two-year hiatus as of December 10, 2019. Here’s what it used to sound like:

▰ I can only imagine what it would have taken to earn a 24-hour suspension.

▰ Listening to Albert Collins very loud. Typing. Clearing my mind. What a day. (Trying to sort out the next song to [try to] learn in guitar class.)

▰ For my family’s sake, I am announcing that I am throwing out this moldy apple that’s in my fridge. It’s been moldy for weeks (actually a little over a month — OK, four years) but today I’ve decided it’s too moldy. I can no longer abide by its moldiness. Enough is enough.

▰ Very happy that the first Disquiet Junto track in the first project of the new year was by a first-time participant.

▰ Latest from an occasional series on why I haven’t replied to a given email about an upcoming album: 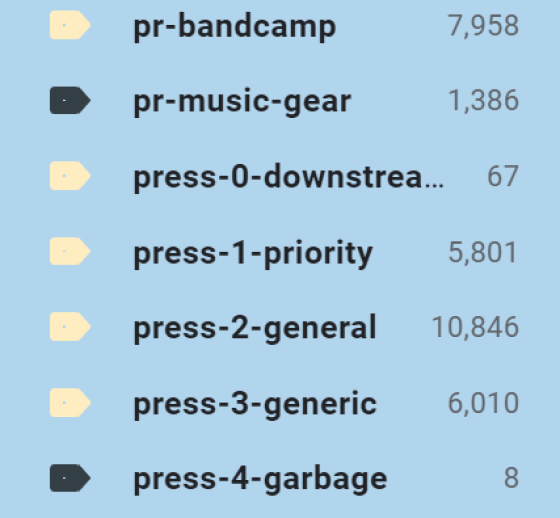