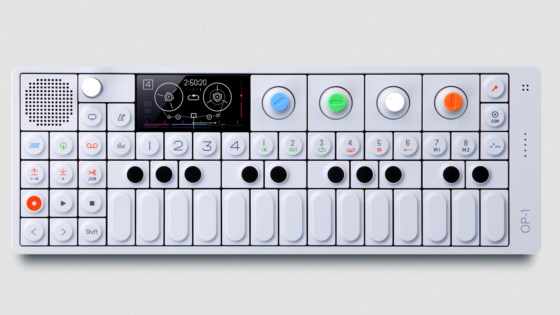 The OP-1 from Teenage Engineering

In 2011, six decades to the year after John Cage’s Imaginary Landscape No 4 instructed two dozen performers at Columbia University to use radios as instruments, a small Swedish company named Teenage Engineering released a portable music-making device. With the OP-1, radio went from being used as an instrument to being part of an instrument. An FM receiver was among the OP-1’s feature set, alongside a keyboard, synthesizer engines, sequencers and a digital record mode that borrowed its user interface from old-school cassette tapes. (Which wasn’t entirely unprecedented. In the 1980s, Casio released a piece of Frankengear called the CK-500, which combined two cassette decks and a radio with a four-octave keyboard. It went precisely nowhere.)

The design of the tidily integrated OP-1 earned a spot in the permanent holdings of the San Francisco Museum of Modern Art, meaning it’s in the same collection as various Cage drawings, including the graphic notation Score Without Parts (40 Drawings By Thoreau). “It felt natural,” says Teenage Engineering co-founder Jens Rudberg via Zoom. “Because to make music it helps to have inspiration, so you can sample from the OP-1’s microphone, or what you’re playing, or you can tune into whatever radio stations are around you.” 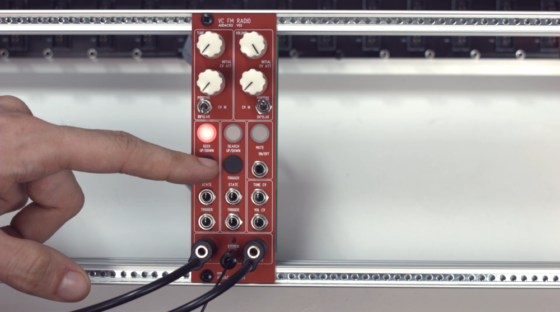 Something must have been in the air in 2011. Two other notable instruments with radios debuted that same year. San Francisco Bay Area synth legend Don Buchla debuted the 272e Polyphonic Tuner in 2011 at NAMM, the massive Southern California trade fair. The 272e module, released commercially the following year, includes four separately tunable FM receivers. Also in 2011, ADDAC Systems, based in Lisbon, Portugal, launched the ADDAC102 module, which, like Buchla’s, provided the ability to alter FM tuning via control voltage, the electrical impulses by which synthesizers send and receive instructions for things like volume, pitch and pace.

Joel Davel, who worked on the 272e with Buchla, says the device took half a decade to complete: “In particular, Cage’s Imaginary Landscape No 4 was motivation to have at least a quad radio module.” Davel himself uses the module: “It was while playing with Don in 2011 in Mexico City that I learned of Steve Jobs’s death over Mexican radio through the 272e.”

Among 272e enthusiasts is San Francisco electronic musician Thomas Dimuzio, who tells a funny story about radio’s adoption by synthesizer designers. In spring 2007, two years after Bob Moog’s death, his namesake company announced the MoogerFooger MF/FM. Its advertising read: “Actually captures radio signals, routes them through electronic wizardry.” Dimuzio and a friend excitedly called the Moog offices, only for the receptionist to reminded them it was April Fool’s Day. 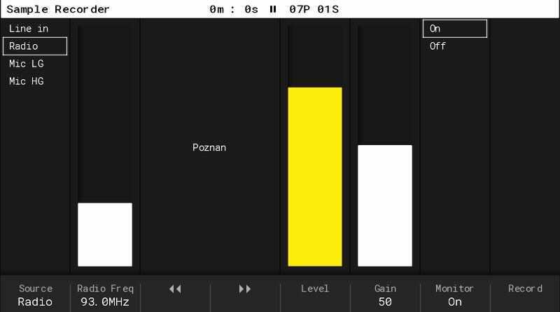 The radio function on the Tracker from Polyend

Four years later, come 2011, a radio instrument was no longer a joke. And a decade on, there are still more gadgets purpose-built for adding radio to musicians’ kits. Even as conventional broadcast radio is on the decline with the rise of streaming services, it is experiencing unprecedented utility as a tool for making music, rekindling a legacy of radio experimentation that runs through Cage, Keith Rowe, Holger Czukay, Christina Kubisch, John Duncan and many others. Polyend’s Tracker instrument, a grid device with a generous screen, includes an FM radio, which company founder Piotr Raczyński used in late 2019 on vacation: “I went to Egypt with my preproduction unit, and I grabbed samples from religious radio. I love those samples. They opened a totally new window for my music.”

A view of the Tracker from Polyend

Teenage Engineering’s co-founder Rudberg agrees: “When you’re somewhere else, it’s easy to find something to sample because it’s different. It’s easier to do something new.”

Several recent radio devices are, like ADDAC’s, in the Eurorack format. These include the ST Modular Radio and the Tesseract Modular’s Low Coast, the latter of which looks like it was yanked from a car dashboard. Another, the KOMA Field Kit – Electro Acoustic Workstation, was initially funded on Kickstarter by nearly a third of a million euros in 2017, and includes not just FM but AM and the enduringly popular zone of shortwave, too. KOMA was founded in 2011 (there’s that year again) by Christian Zollner and Wouter Jaspers. Speaking from its Berlin office, Zollner talks about the personal influence of the annual event Klangwolke, which translates as Sound Cloud, in his native Linz, Austria: “Ever since I was a kid, every civilian is supposed to put their radio in their window. Pieces play, and as you go around the city, you go through this sound cloud.”

Robin Rimbaud aka Scanner is synonymous with radio music thanks to his sampling efforts in the early 1990s, and credits the tool with maintaining tension in his performances. As part of a lengthy email correspondence, he writes: “I enjoy letting these sources take me in a direction I might never expect, using indiscriminate signals that I just pull down in real time and improvise around.” Rimbaud’s sense of chance aligns with the indeterminacy Cage sought in composition, much as the employment of control voltages connects with the role of process in his work. 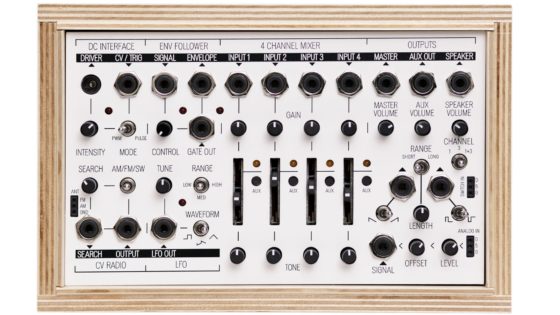 American musician King Britt in turn credits Scanner with having opened his ears to the textural qualities of radio. Britt identifies the KOMA as his instrument of choice. Speaking after teaching a UC San Diego course, he tells me about recording his 2005 album Sister Gertrude Morgan. “Tim Motzer and I were in the studio. His guitar was super loud and his amp started picking up radio signals, including this organ part that was in the same key we were playing in. I immediately hit record, and we worked it into the song.” 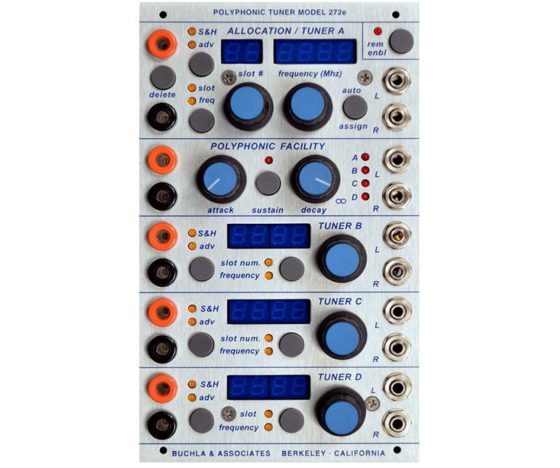 The 272e from Buchla 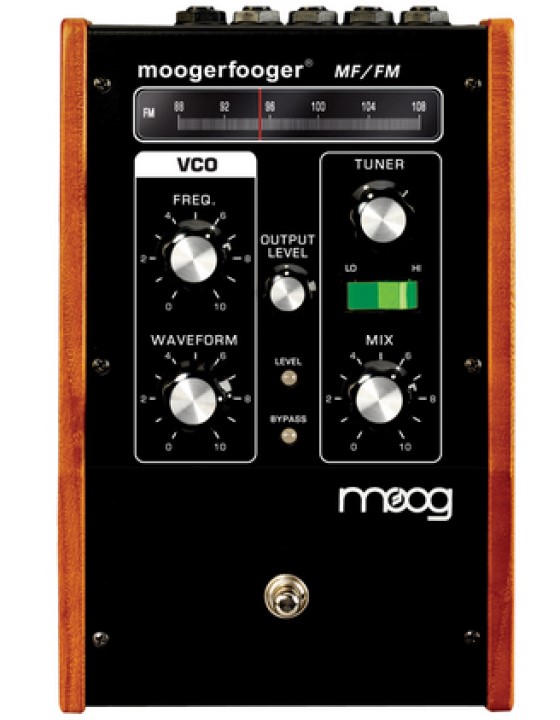 There are widely available videos of most if not all of these devices in action, including the Arradio, ST Modular, OP-1, Buchla 272e, and ADDAC102. When this article first came out, I wrote a bit about a Scanner (Robin Rimbaud) performance using radio.

This article I wrote originally appeared in the July 2021 issue (number 449) of The Wire. It was titled “Received Wisdom” and had the subhead “The mercurial sound of the radio dial has led a new generation of instrument makers to tap into the airwaves.”

One thought on “The Radio as Musical Instrument”