▰ That was a new-to-me flavor of awesome. While speaking with a service representative at what is clearly a massive call center, suddenly the entire room broke into riotous laughter. It felt cinematic, somehow, even though it was just a scratchy phone call.

▰ Hey, anyone recognize this artist’s name? I can’t decipher the signature, which is almost as abstract as the 1962 print on which it is inscribed. 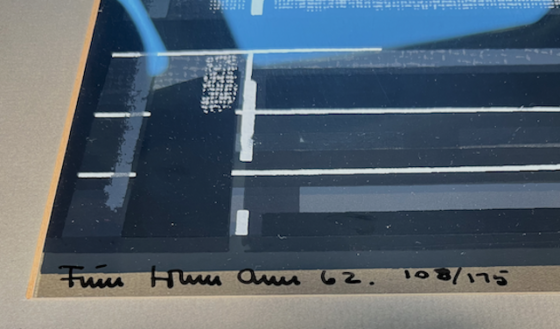 ▰ Today’s technique check: mentally practicing guitar scales by saying/singing them out loud while visualizing the fretboard (without a guitar in hand because you’re traveling) doubles as a sleep aid.