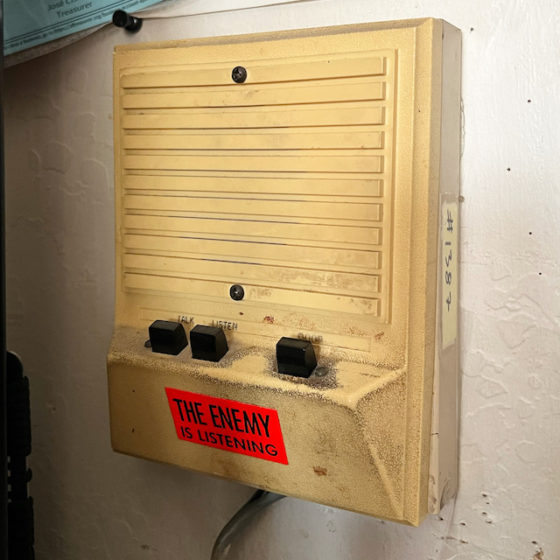 I enjoyed a visit on Thursday afternoon with the legendary V. Vale of RE/Search Publications (Incredibly Strange Music, Modern Primitives, Angry Women) at their longtime North Beach headquarters here in San Francisco. Marian Wallace, his RE/Search co-conspirator and wife, was in New York, but I did get to meet Yoshi Yubai, whose beautiful San Francisco, a photography collection, was published by RE/Search, and who did illustrations for Robert Anton Wilson: Beyond Conspiracy Theory. I first visited Vale in the early 1990s, when I helped him alphabetize a sliver of his sizable library. On the way out, I had to document his intercom — just imagining the host of individuals who rang that buzzer over the decades.