More on the Deadly Silence of Andor 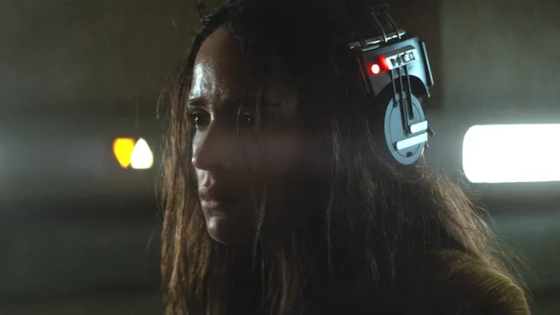 When I wrote about the sonic torture in the “Nobody’s Listening!” episode of the Star Wars TV series Andor back at the start of the month, I postulated that before opting for the audience hearing nothing at all while rebel-adjacent character Bix succumbs to imperial punishment, the creative team on the show perhaps might have tried “to recreate — to imitate — what Bix hears.” And of course, leaving it to our imaginations, which is where the episode landed, was the best of all possible decisions.

And it turns out that, indeed, the Andor crew did try to fill the void first. This is per an interview at slashfilm.com, which spoke with David Acord, the supervising sound editor on Andor. Acord explained:

“When that scene came up, it was like, ‘Oh, okay, well…’ It’s daunting, for sure, that we had to come up with a sound that is, ‘What’s the sound that would literally be used to torture somebody with?’ So we came up with a lot of ideas of, “What do these creatures sound like that they’re emulating?” Or maybe it’s, we come up with a more surrealistic thing of, ‘What does the sound make the characters feel like? What is that sound?’ And ultimately, it was Tony who said, ‘No, we don’t want to hear it. The audience doesn’t hear it, and let Adria Arjona carry that scene.’”

In Acord’s anecdote, Tony is the series’ creator, Tony Gilroy (Michael Clayton, Rogue One). Arjona (Good Omens, Irma Vep) plays Bix. And carry it — abetted by the silence — she certainly does.