There are several key factors in the ongoing playlist I maintain on YouTube of fine live performances of ambient music. There are three, in fact, and the very first is: “I’m only including recordings I’d listen to without video.” As something like test evidence, I came upon this piece, “Peat Moss” by Sine Rider, today on SoundCloud, and it turns out it’s the audio from one of his performance videos. It’s a warbly drone, like someone left the melody out to dry over night and hadn’t considered the damage that the morning dew might do. Except it didn’t do damage. It rendered the melody ever more fragile, and ever more beautiful for that fragility. And here’s the original video:

A comic with Hannes Pasqualini 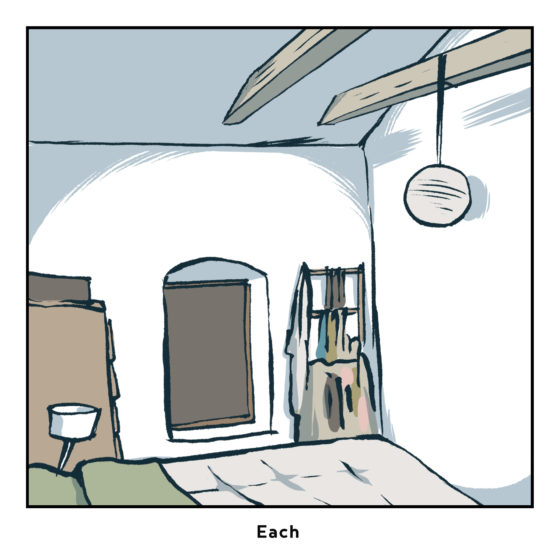 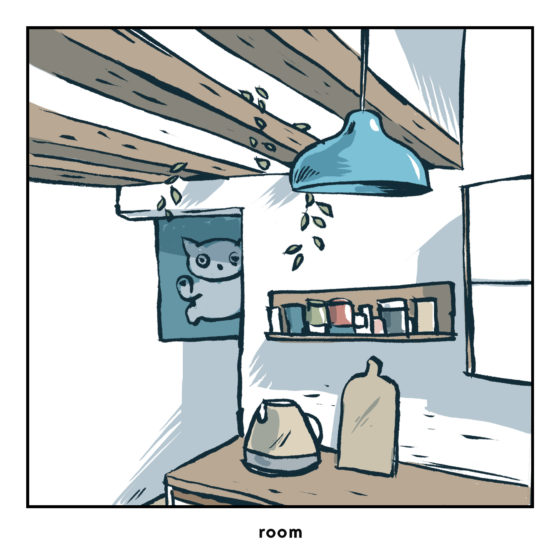 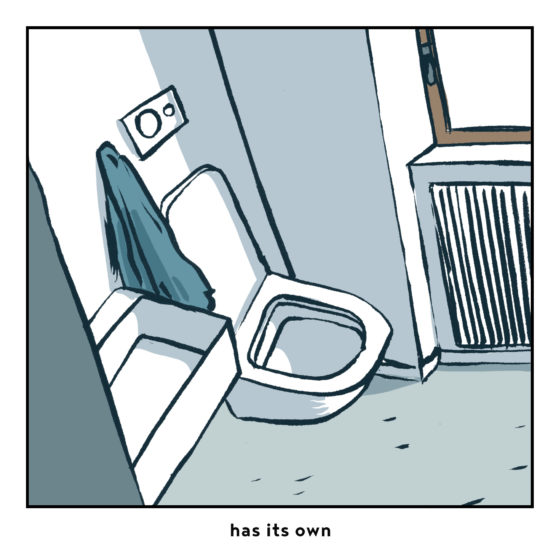 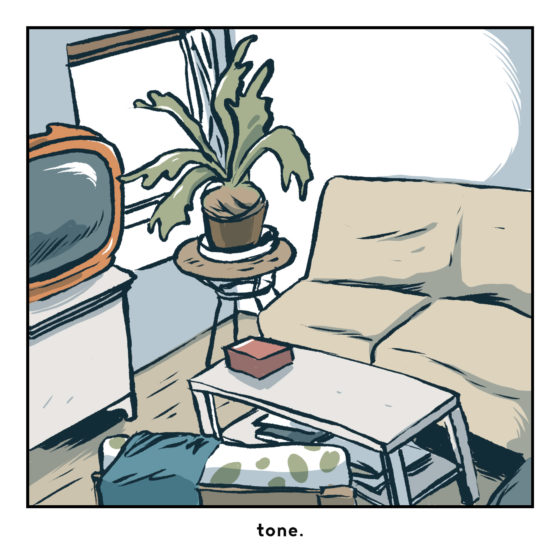 END_OF_DOCUMENT_TOKEN_TO_BE_REPLACED

Minimalism and Its Echoes

Nathan McLaughlin is at the height of his powers.

Nathan McLaughlin’s performance this Sunday was a highlight of a weekend packed with free live online shows. There are many more such shows to come during our time of widely distributed isolation, and I recommend not only a listen to his gig, if reflective solo guitar sounds up your alley — but also one if you’re planning on playing live online yourself. He does so much, so simply, and (audio glitches in the archived transmission aside) with enviable concentration, that it’s a model for such a thing as destination viewing. The video is just him, in a wooden chair, with an acoustic guitar in hand, and enough (largely off-screen, though there is a reel-to-reel machine rolling along against the wall) equipment to lend his already raga-like playing a nimbus of graceful echoing. There’s a clear aesthetic connection between his minimalist finger-picking and the hall of sonic mirrors in which it occurs — so clear that the two factors in fact blend together. Close to the end, he ruptures the fabric of performance by stopping his picking. He turns the guitar up in his lap, as a recording of his playing plays on. And then he takes a bow to the strings, and creates a drone that consumes all that came before, and then he gets up from the chair and walks off-screen, leaving the drone to drone, until he slips back in to lower the volume to a finish. I’ve been listening to and writing about Nathan McLaughlin’s music at least since January 2006, back when he went by the name Doogie, and, at least to my ears, he’s never sounded more thoughtful and focused.

Video originally posted at the YouTube channel of the Decentralized Sonic Quarantine Network. More from Nathan McLaughlin, who is based in Hudson, New York, at nathanmclaughlin.bandcamp.com.

“Flacholet” is described by its composer-performer, Henrik Meierkord, who is based in Stockholm, Sweden, as “An organism of cello.” That is apt. The track is as if the cello has taken on a life of its own, a life enabled by some sort of electronic assistance. The slow sawing of the strings is rendered with depth and warmth, and the droning that it yields becomes as much a part of the composition as the originating tones. Halos of sound appear, and textured moments yield brief, sharply defined cameos before fading into the lush lull.

And as it turns out, the track itself has taken on a life of its own, as well. It was picked by by Marco Lucchi, of Modena, Italy, with Meierkord’s consent, and pushed even further into atmospheric realms. “Separasjon” builds on the drone-like qualities of the original, reducing the highs and lows of the drama in favor of something hushed but no less powerful.

A little after-dinner experimentation, making some headway amid our collective new abnormal. When I post things here I myself recorded, I tag them studio journal. Acoustic guitar through randomized sequences of gates. Took awhile to sort a good BPM to align with the strumming: too fast and the chord ended too late; too slow and the gating ended before the chord fully rang out. This is a little first-time experiment with the new Torii script (version 0.3.0) by Steven Noreyko, running on a Fates (aka an open-source Monome Norns port). A Zoom H4n served as the microphone, and that’s a little Boombotix REX speaker in the foreground.

Update: I swapped out the instagram.com/dsqt embed of the video for youtube.com/disquiet.