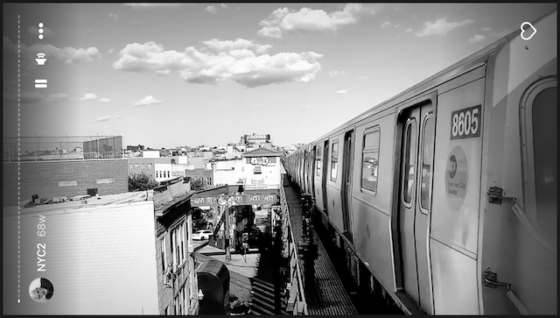 ▰ Officially have done the This Week in Sound email newsletter 20 weeks in a row: tinyletter.com/disquiet.

▰ Feels really good to get the Junto projects set up the night prior. Thursday feels a little odd, still, because I spent a decade putting the post together and then hitting send. Now I prep it more thoroughly in advance, and it arrives automatically, and I follow up via email.

▰ Says to self: “I’m gonna practice Kenny Burrell’s ‘Chitlins Con Carne’ for half an hour without looking at the sheet music or listening to the track.”

▰ Verb I heard this morning that I will not be employing: “diligencing”

Phrase I used this morning and plan to make more use of: “synth dandruff”

A friend followed up with the quite amazing “laptop dander”

Long day, long week. Have a good one. See you Monday. 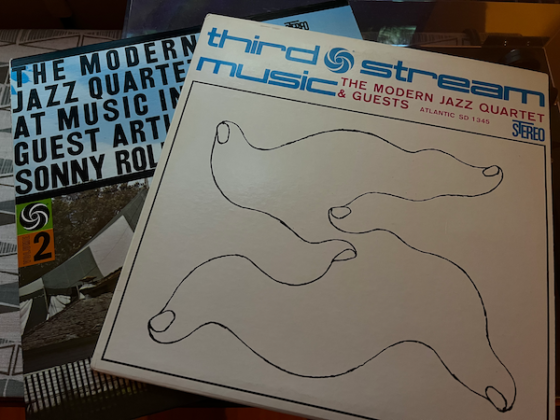 Sorry I didn’t listen to much new music the past few days. These (1958 and 1960 respectively) have been on repeat.

▰ I didn’t know until today that (yeah yeah TIL) “Noyes” is pronounced “noise.” A friend visiting Chicago sent me a four-second video from a train. The automated voice is heard saying what appears to be “This is noise.” The screen at the rear of the car reads “This is Noyes.” 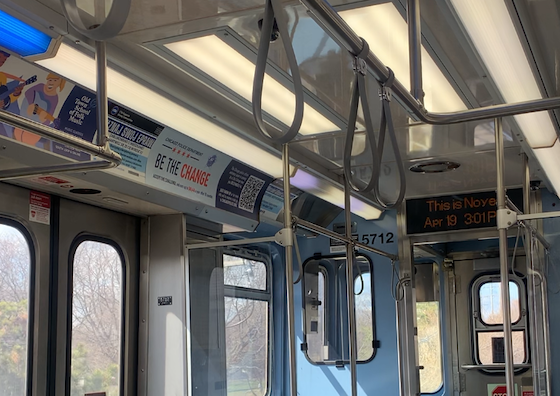 (And yeah, now my cultural-jukebox brain is revisiting old issues of The Duplex Planet.)

▰ Got a bunch requests in this regard the past couple weeks while I was traveling, so I wanted to mention it here: I enjoy writing liner notes, and I make time for doing so. Artist bios (like for press kits, etc.) are something I don’t really have time for. Thanks.

▰ Start a blog. Then in 25 years you can tell yourself what a rewarding way it has been to spend 25 years, as I’ve been doing this year in between writing new disquiet.com blog posts.

▰ Yes, you’re drinking a cup of coffee while your brain whirrs up for the day, and you’re listening to the new edit of Peter Gabriel’s “Shock the Monkey,” and at the appropriate moment you do, indeed, find yourself crossing your arms, instinctually, in front of your chest. 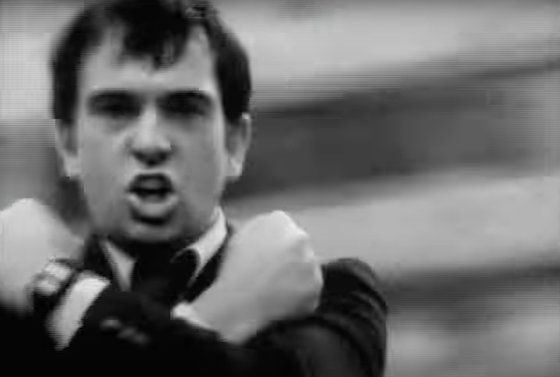 Just as a side note, the original “Shock the Monkey” video now looks sort of like a supercut compression of the Moon Knight TV series.

▰ “So, what’s your optimal BPM?” That’s what I asked on Twitter. I got a lot of responses: ➔ twitter.com/disquiet

▰ It’s Earth Day. Take out your earbuds and open your window.

▰ “We care about your experience so we may record this call.”

Note: cause and effect are not simply the result of the insertion of a conjunction.

▰ The 10th novel I finished reading in 2022: I read Sayaka Murata’s excellent Convenience Store Woman earlier this year, and followed it up with Earthlings, which engages in a similar narrative (individual viewing society from an extreme remove) but in a much darker mode. And the novel’s end is hardcore Ballardian. Yow. (Also: There’s virtually no sound in Earthlings, a stark contrast with Convenience Store Woman, which was full not just with sound, but with the protagonist’s perception of sound.)

▰ Friday, April 22, 2022, was the 100th birthday of one of the greatest musicians of all time, American jazz bassist Charles Mingus. I tweeted a playlist of favorites to mark the moment, starting with a live 1964 concert with Eric Dolphy, wending through covers by Keith Richards and Joni Mitchel, touching inevitably on his own Ah Um and his trio album with Duke Ellington and Max Roach, Money Jungle, and closing on the opening cut of Mingus Mingus Mingus Mingus Mingus — his initial solo on “II B.S.” is so deep, so intimate. Then he invites the band in a bit at a time until it scales out to something utterly massive in scope. ➔ twitter.com/disquiet

▰ And finally, the weekend, which I take off social media. Some recommended plans:

The eight-song Hancock by Small Professor and Arcka, two great Philadelphia-based beatcraftsmen, is several things. It’s a tremendous cache of off-kilter instrumental hip-hop. It’s the result of serious crate digging into the deep recesses of Herbie Hancock’s back catalog, in service of a remix-powered survey of the great keyboardist’s range. And it’s exactly the sort of record that I manage to play repeatedly and yet never get around to writing about. So, a short note here in the interest of that last matter not going any further. Released back in April, the album is some of the best work either the Professor or Arcka has uploaded yet for public consumption. Each track takes tantalizingly familiar items from individual Hancock songs and forms new things from them. A personal favorite is “New Loupe,” by Arcka, because it never loses sight of the all-acoustic nature of the source material. Rather than contemporize the material with synthetic additions, it restricts itself to the trad jazz original. The result is as as much a re-arrangement as it is a remix:

And here is the full set of eight tracks, half by Small Professor and half by Arcka:

Get the full set at smallarchitect.bandcamp.com.