There were over 246 objects in the San Francisco Museum of Modern Art exhibit 246 and Counting, which closed this past Sunday. And by my rough estimate, exactly one had sound. In the entry to the exhibit, a lulling drone filled the room. There were three works of art in that initial space: a wall of neon, three ceiling-high pillars of air purifiers, and a tiny little video screen. The latter, a work by Diller + Scofidio, was the source of the drone.

The video itself is ingenious: a three-and-a-half-minute series of corporate logos shown morphing from one to the next — from Kodak to Fina, from 3M to Apple, from NBC’s peacock to the Texas Instruments state silhouette. Here’s an example of the transitions, from GM to BMW: 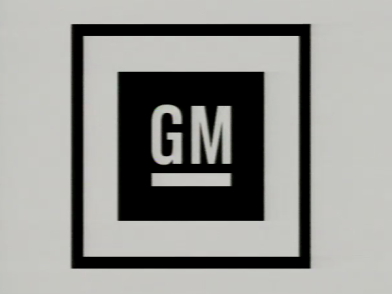 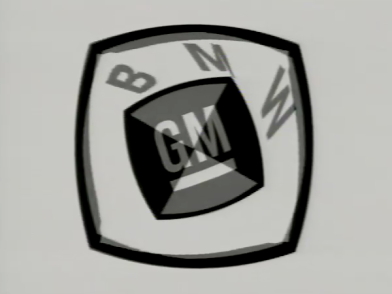 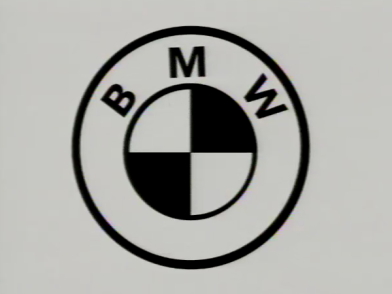 The wall text at the SFMOMA dated the work, which is titled “Pageant,” to 1997, but the information on dillerscofidio.com goes one year earlier, to the Johannesburg Biennial in South Africa. Whatever the specifics of the provenance, those logos are, for all intents and purposes, timeless, and as they shifted from one to the next on the SFMOMA wall, they slowly became one single meta-logo, as a friend put it.

As for the drone, it was easily attributable to any of the works in that room. The stacks of air purifiers and the wall of neon could easily have produced such a noise. If anything, that it emanated from the “Pageant” video (more specifically, from a speaker set several feet up along the wall above the minuscule monitor) seemed the least likely of the available options. Perhaps the drone is intended by Diller + Scofidio as an audio-visual pun: we stare at the corporate logos, and are thus surrounded by corporate drones. (Truth be told, the drone was somewhat muffled by audio from another nearby exhibit, a Las Vegas installation, titled Double Down, that emitted lounge classics and field recordings of slot machines.)

More on 246 and Counting at sfmoma.org. Though the exhibit has closed, the video is streaming at the duo’s dsrny.com website; the site’s user interface is a bit maze-like, but this link should go directly to a downloadable MOV file: MOV.