There was a buzzing sound upon entering the Brava Theatre in San Francisco on Wednesday, September 16. It was the first night of the 10th anniversary of the San Francisco Electronic Music Festival, but that buzz was not the sound of an errant connection, of some last minute work by stagehands deep inside the Outer Mission theater’s elegantly crumbling main hall. It was a base tone of an installation by the duo Dokuro. 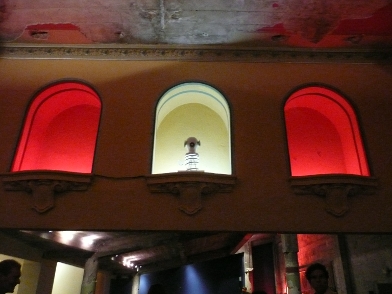 Dokuro consists of Agnes Szelag and the Norman Conquest (the latter aka Norman Teale), and their installation involved a noise — that un-ignorable buzz — that was, in turn, disrupted by the presence of people as they entered the Brava’s foyer. The microphones and speakers were hidden in plain sight, embedded inside a pair of heads that looked like the tops of white C3P0 mannequins. There was one inside the decorative ceiling enclosures on either side of the foyer. 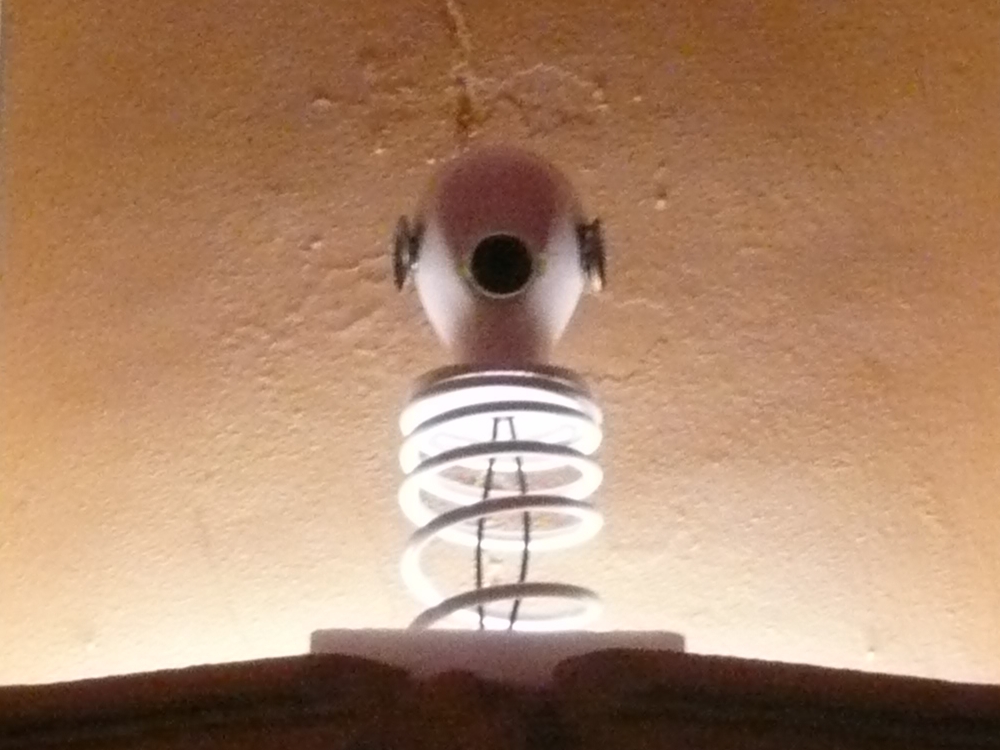 On stage, upon entering the hall, was a lone figure dressed in a luxurious white kimono, holding a long white pole. One sleeve of the kimono was embroidered with some reflective material. The white costume was the “LED Kimono” designed by Miya Masaoka, and worn by her daughter, Mariko Masaoka-Drew. Masaoka was one of the founding members of the SFEMF, as the festival is known, and though she now lives in New York, she was invited to be the first performer at the event. 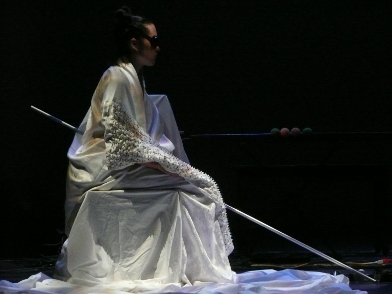 One SFEMF founding member would appear each of its four nights, with Pamela Z, the longest-running member of the organization, due to perform the last set of the fourth and final night, September 19. Masaoka’s performance opened with computer-enabled loops of a koto (visible stage left in the photo below), and then descended into rich, pure, dreamy synthesis, while Masaoka-Drew’s sleeve depicted patterns related to the sounds, which played on the LED like some wearable stereo equalizer. (There’s a better photo of the kimono at sfemf.org.) 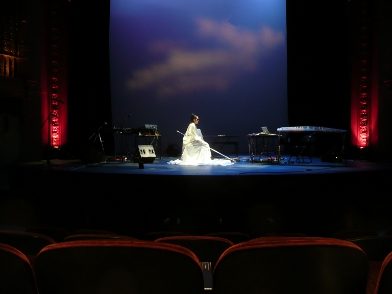 Then came Lukas Ligeti, son of the late composer György Ligeti, with whom he shares an impish sense of humor, even if he more closely resembles a young Rick Moranis. Ligeti played on a MIDI-controlled mallet instrument called the Marimba Lumina, created by Don Buchla, who was in the audience (only three seats from me, and visibly enjoying the work). Ligeti played a handful of pieces that allowed the marimba to trigger all manner of noises, few if any of them the sort of sounds generally associated with a mallet instrument. There were field recordings, and unfamiliar percussion, and synthesized tones. His sense of humor was a key compositional element — dramatic welters of noise were upended with jokey little melodic cues, and his enthused facial expressions were pretty much all the explanation the music required, though he did thank Buchla from the stage, and mention that many of the sounds were recorded by him in Africa (he didn’t get more specific about geography).

Amy X Neuberg closed the show with new and old songs, which characteristically mix pop-cabaret lyrics, sonic effects, and her own gifted vocal range. The first one opened with a joke about emoticons.

More on the San Francisco Electronic Music Festival at sfemf.org.