Each year, around this time, I post a look back at the music released in the previous 12 months. And each year, I go on in some way about the absurdity and futility of such an effort, but it’s still something I continue to do, so rather than open with a sense of false disparagement, I’m just going to dive right into the lists.

Part 1/3: These are, to my ears, the 10 best commercial full-length recordings of 2009. They appear here in alphabetical order, as an iPod might list them.

I’m not sure if it’s a coincidence that so many of the albums listed this year have chamber-music instrumentation at their heart (Ensemble Modern having submitted to the collective will of Alva Noto and Ryuichi Sakamoto, not to mention albums focused on the violin of Darwinsbitch and cello of Hildur GudnadÃ³ttir), as well as other examples of formal traditional conceptions of musicianship (Jon Hassell’s trumpet, the alt-country kits of Scott Tuma and Mike Weis, the occasional guitar in Chihei Hatakeyama’s work). In fact, of the 10 albums singled out here, only 4 are electronic in the purist’s sense: the ambient techno of Tim Hecker, the longform sound oddity that is the Village Orchestra’s Highpoint Lowlife release, the disintegrating tonal structures of William Basinski, and Hatakeyama’s melody-teasing ambience. Sitting halfway between those two groups is Oh No’s album, Dr. No’s Ethiopium, which was built on traditional instruments, albeit as samples (the studio from materials recorded by pop and rock bands in Ethiopia in the 1960s and 1970s). 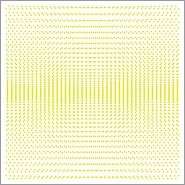 1. Alva Noto + Ryuichi Sakamoto
UTP
(Raster-Noton)
To hear Alva Noto (aka Carsten Nicolai, alvanoto.com) and Ryuichi Sakamoto (sitesakamoto.com) collaborate is to hear two extreme temperaments tempered: Noto’s mechanical precision given warmth, Sakamoto’s often lush romanticism reduced to its blueprint. Noto is an ultra-minimalist member of the Raster-Noton record label’s roster; he’s a musician with a penchant for white noise and stark, even whiter spaces. Sakamoto is the Japanese electronica legend, veteran of Yellow Magic Orchestra and composer of the scores to numerous films, among them Tony Takitani and Merry Christmas, Mr. Lawrence. Together they went to work on the sounds of the classical group Ensemble Modern, an effort captured on UTP, which combines CD and longform DVD. 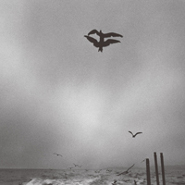 2. Chihei Hatakeyama
Saunter
(Room40)
Chihei Hatakeyama (chihei.org) makes what at some point might be called classical electronica — music made from wisps of sound, occasionally including richly emotive if compositionally elegant melodic materials, sometimes filtering those materials with an ear toward the way simple glitches can reveal hidden sounds in familiar sources — and then, sometimes, he just revels in drones for their own sake, in these deep tones that emerge like organic creatures slowly stirring to life. 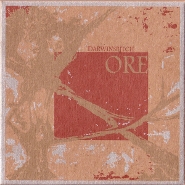 3. Darwinsbitch
Ore
(Digitalis)
Darwinsbitch is Marielle V. Jakobsons (myspace.com/darwinsbitch, mariplasma.com): violinist and sound-mangler. As heard on Ore, this means slow, drawn-out drones that over time give way to folk-like plucking; and ever so mournful sawing through soft fields of tone; as well as ever-thickening loops that never show their seams; and, to top it all off, dirges that achieve an almost monastic gravitas. 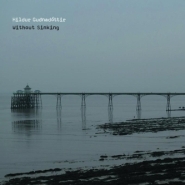 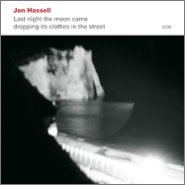 5. Jon Hassell
ECM
(2062)
The electronically mediated trumpeter Jon Hassell (jonhassell.com), who long ago foresaw the melding of third-world source material and next-world technology, returns with his best album in years — on first listen, the depth of the ensemble playing is entrancing to the point of distraction, but in time the forest gives way to the trees, to the little fissure-like moments, a fairly sizable array of grace notes, that decorate the album, little computer glitches, sprightly sparks, and momentary dubby echoes that decorate the groove-less grooves. 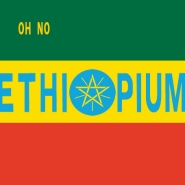 6. Oh No
Dr. No’s Ethiopium
(Stones Throw)
There was a lot of talk this year about whether or not rap is dead. Rap may be, but hip-hop sure isn’t — there’s more great beatmaking than ever, and more of it than ever is seeping into the avant-garde. Oh No (aka Californian native Michael Jackson, brother of producer Madlib myspace.com/ohnodisrupt) has, for Dr. No’s Ethiopoum, used hip-hop as the blender into which he’s thrown numerous samples of Ethiopian pop music from the 1960s and 1970s. Hip-hop is the foundation here for sometimes giddily slapdash and sometimes chin-strokingly detail-minded investigations of the grooves of an earlier generation. The album was also the source of an unexpected and pleasant surprise this year: it was made available as a digital download in advance of the CD’s release, and when the CD was finally put out, the album had mysteriously doubled in size, to 36 tracks from an initial 18. 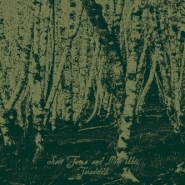 7. Scott Tuma and Mike Weis
Taradiddle
(Digitalis)
There’s an alternate universe, somewhere — one in which the proto-alt-country band Souled American was Nirvana, and Scott Tuma (mindspring.com), one of the group’s guitarists, its equivalent of Dave Grohl, the figure who eventually went his own musical way and struck gold over and over and over. In our universe, Souled American pops up occasionally as a name-check by Jonathan Lethem (as in Chronic City, his recent novel about alternate cultural universes), and Tuma creates small, fragile works of abstracted Americana, sometimes under his own name, sometimes as a member of the Boxhead Ensemble. Taradiddle, recorded in collaboration with Mike Weis (of the group Zelienople, myspace.com/zelienople), was initially released as limited edition vinyl, but is now available as a download from various services, including boomkat.com. 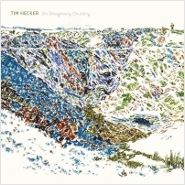 8. Tim Hecker
An Imaginary Country
(Kranky)
Even as field recordings, copyleft sampling, classical instrumentation, and handcrafted instrumentation come to comprise much of electronic music, there’s still plenty of raw synthesis put to the use of pop-minded producers out there. Case in point the almost absurdly beautiful An Imaginary Country by Tim Hecker (sunblind.net). Its lush ambience strives for rave-like proportions. Not everything here is maximalist static; there’s also plenty of squelchy downtempo (“Pond Life”) and bereft 21st-centry choral music (“Utropics”). 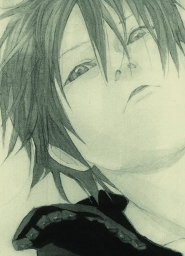 9. The Village Orchestra
I Can Hear the Sirens Singing Again
(Highpoint Lowlife)
Between Jim O’Rourke’s nearly 40-minute The Visitor (a pop melange that may be the best album Jon Brion never recorded) and this album by the Village Orchestra (aka Ruaridh Law, myspace.com/thevillageorchestra), clocking in at nearly an hour, it’s quite likely that the single-track album is the next rich territory due for musical development — perhaps the next stage of the maturation of the concept album: a collection of scenes (here ranging from zygote dubstep, to arcade techno, to nanoscale field recordings), all sewn into one journey-like whole. If anything’s going to do battle with the attention-deficit-disorder inherent in an MP3 world, it’s unbroken full-length recordings that entice (rather than challenge) you to listen straight through. 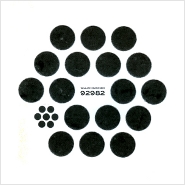 10. William Basinksi
92982
(2062)
Slow, lulling ambient pieces by William Basinski (myspace.com/williambasinski), music with the elegant curve of a simple sine wave, the patience of a saint, and the sonic depth of an orchestral arrangement. Ever since the emergence of his Disintegration Loops, he’s become something akin to the Gerhard Richter of contemporary music — creating works that are just out-of-focus enough to compel you to focus on them all the more.