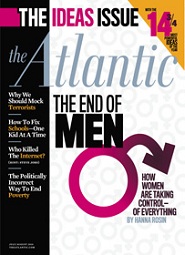 The 914 has turned 50. There’s a great Atlantic piece (in the July 2010 issue, and at theatlantic.com) on the 50th anniversary of the Xerox, specifically the model 914, which was introduced in 1959, but made available commercially in 1960. “The 914 is a classic brand,” writes its author, Edward Tenner, “but not a living one like the Swingline stapler or Bic pen.” Tenner elegantly, and humorously, outlines various aspects of the 914’s influence: “personalization,” “disaggregation,” “creation” (“not just the recombination of others’ ideas … [but] a renaissance in self-publishing”), and “procrastination.” He also notes related inventions, such as the highlighter.

Much as the inexpensive reproduction of a printed document allowed for the highlighter, it would be beneficial to understand how much the understood association between content and format was strengthened as a result of widespread adoption of the 914, and of the general photocopying technology it ushered into the American workplace and life.

Prior to the Xerox, a segment of text separated from the document in which it first appeared, for example, was reproduced as a series of words — whether reproduced by hand or, later, typewriter (or computer punch card). However, after the introduction and adoption of the 914, it was increasingly likely that such reproduction would occur as a duplicate page of text, of which the desired segment was but a portion.

Writes Tenner, in this regard:

American business pioneered decentralized, multiple sets of files in vertical cabinets. The photocopier helped to fill them, enabling the cheap and efficient spread of information — often with uncontrollable consequences.

The example Tenner has in mind is Daniel Ellsberg, who copied the Pentagon Papers at the offices of a Los Angeles advertising agency. Another, however, was the eventual semi-conflation of the idea of “song” and “recording” (the subject of my recent critique of another Atlantic article, Megan McArdle’s “The Freeloaders,” from the May 2010 issue: disquiet.com). The history of the musical “sample” is closely related to the development of photocopying; there’s pretty much a straight line running from the 914 to Alvin Lucier’s “I Am Sitting in a Room,” which followed less than a decade later. 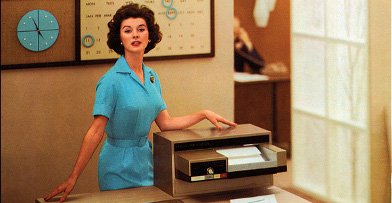 And yes, according to Tenner, this is the same 914 that figured in the Mad Men storyline involving the character Peggy Olson.