Another year, and more music than ever. The sheer number of recordings released in 2010 makes this year’s list-making somewhat easy, because the volume made the effort’s absurdity more broadly self-evident than in the past. We are all swimming in music, in sound, and keeping track of it is more than most if any of us can manage.

That said, it is nonetheless a rewarding experience to construct the final list, to work through the raw goods, sorting listening notes, revisiting previous writing, conversing with friends. It’s a reflective, year-closing holiday tradition unto itself.

I didn’t spend a lot of time looking back at previous lists, but I did notice that in 2002 three musicians listed here were also on the list: Marina Rosenfeld, as part of the CD that accompanied the catalog of the Whitney Biennial; Keith Fullerton Whitman, for his Playthroughs; and Fennesz (who appears on the Food record listed below), for Field Recordings 1995:2002. And only one musician, Scott Tuma, is repeated from last year, when he and Mike Weis teamed up for Taradiddle. 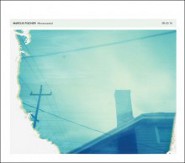 1. Marcus Fischer Monocoastal (12k) An album of such thorough tenderness and fragility, it feels as if at any moment it might disintegrate. There is such a fetish of craftsmanship today, that the mere act of handcraft is far more valued than is the intensity of the effort. Fischer is a deeply dedicated craftsman of atmospheres, and an especially imaginative one at that. 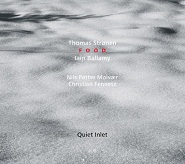 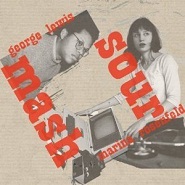 3. George Lewis & Marina Rosenfeld Sour Mash (Innova) If Rosenfeld’s highly recommended collection from 2009, Plastic Materials, was diminished only to the extent that it collected disparate and largely unrelated recordings, then she returns with George Lewis with quite the contrary: the album Sour Mash has a singularly challenging quality. It’s an incredible mix of improvised sounds that treat texture like a force of nature. The vinyl version features music by one musician on one side, and the other on the flip: buy two copies and pair them. The CD (and digital — it’s on iTunes) has those four tracks, plus two fixed pairings of the standalone sides. Instrumentation includes turntables and computer software. 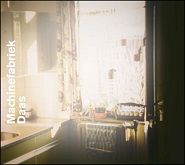 4. Machinefabriek Daas (Cold Spring) A highly valuable reminder from Netherlands-based Rutger Zuyderveldt that so-called industrial music (or what I’ve increasingly come to think of as industrial industrial music, as a means to distinguish it from mechanical rock music that flirts coyly with fascism) needn’t be loud or aggressive or metronomic or anything else that is taken for granted about it. 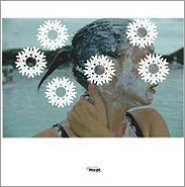 5. BJ Nilsen & Stilluppsteypa Space Finale (Editions Mego) The once-again pairing of the Swedish Nilsen and the Icelandic duo of Sigtryggur Berg Sigmarsson and Helgi Thorsson (aka stilluppsteypa). Masses of playfully manipulated tape recordings (emphasis on the word tape, with all its woeful weaknesses, here exploited to the maximum). It serves as a sequel to last year’s Man from Deep River. 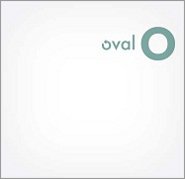 6. Oval O (Thrill Jockey) The musician most closely associated with glitch, Markus Popp, aka Oval, with the sound of failing mechanisms, returns after nearly a decade absence from commercial recording with this most unlikely of documents. Unlikely because musicians so defined by a particular sound are often hard put to redefine listeners’ expectations, which Popp does masterfully here. And unlikely because the last thing one might expect from Oval is an album that treats the guitar as its source material, and that often aspires to the status of a band, even if it’s just one person playing all the parts. Not only has Popp moved beyond glitch, he appears to have resuscitated post-rock. 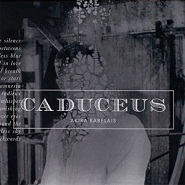 7. Akira Rabelais Caduceus (Samadhisound) Rabelais’ second album for Samadhisound, the label founded by David Sylvian, is a fuzzed-out affair, verging on the maudlin, but never venturing into self-pity. It sounds as if the outtakes to some 1970s folk rock album had been discovered mouldering, and were tidied up for release nonetheless. And, yes, that’s a high compliment. 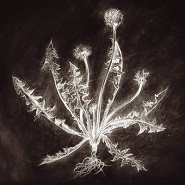 8. Scott Tuma Dandelion (Digitalis) I wrote the following when the album was first released: When they remake the film Deliverance — and they will, because everything gets remade, whether directly or indirectly — Scott Tuma (long ago guitarist with Souled American) will be hired to do the score. There will be no dueling banjos this time around. There will only be the creaky, meandering, semi-melodic noodling of old coots on a porch, a porch swamped by kudzu and collapsing under its own weight, what weight there is left in those old boards, eaten through as they have been by termites. The old coots’s half-remembered songs will break apart like the distracted thoughts they are, and they’ll be heard, in the film’s score, as mere fragments, muddied by audio effects that simulate the dank environs. That score may exist already in the form of Dandelion. … There’s “Free Dirt,” which sounds like broken folk music played with equipment purloined from a Superfund industrial site, bent metal, shattered cymbals, and slowly stoked chords making their plaintive case. There’s “Hope Jones (Jason’s Song),” which opens with the rough fire of a field recording before moving in and out of sour melodic figures, a voice appearing occasionally, straining to be heard. And then there’s “Red Roses for Me,” which at times has the maudlin flavor of a great Pogues song, but works more as a series of self-contained aural segments, including snatches of birdsong 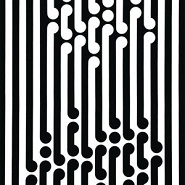 9. Keith Fullerton Whitman Generator (Root Strata) If you love polka dots and synthesizers, then you will love Keith Fullerton Whitman’s Generator. It’s his modular-synth approach to automated music, and the result is like watching all the street lights of some massive city blink according to some discernible yet unidentifiable pattern. It was released as a cassette tape in an edition of 200, but is also available for download. 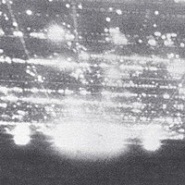 10. Yellow Swans Going Places (Type) Belated final album from drone rock duo Yellow Swans, aka Pete Swanson and Gabriel Mindel Saloman. The idea that these two wouldn’t want to continue to experience making this music is hard to reconcile with just how vibrant and individual the churning washes of sound can be. And if the cover image suggest the Close Encounters mothership, so be it.