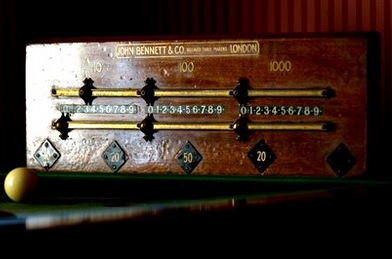 Caught the second of three nights of the 14th annual Activating the Medium festival yesterday evening. The theme of this year’s festival is “radio,” and last night the medium felt active, if posthumously so. Appropriate for a medium that perennially seems to be further supplanted by newer and newer technology, there was a sense of a requiem to the proceedings. Sample-based music, which provided the basis for three of the night’s four sets, picked at its remains like a scavenger. And a body picked at aggressively can give the impression of life.

After almost a decade and a half, one would hope for a larger audience than was present. The room at the Lab, in San Francisco’s Mission District, was full — but it’s not an especially large floor. Still, the audience was engaged. With the exception of a handful of members who left during especially noisy passages, the house remained full for four sets and nearly three hours straight of abstract, often difficult listening.

Thomas Carnacki opened. Carnacki a meta-pseudonym (an existing fictional character adopted as a pseudonym), borrowed by Gregory Scharpen, who is based in nearby Berkeley. It’s a metaphysical one, as well, in that the name originated as a supernatural detective invented by author William Hope Hodgson. Scharpen’s resemblance to a mix of Alan Moore (who, it’s worth noting, has himself adopted Carnacki in his work) and Lenin is disrupted only when he smiles, which is quite often, especially when the quartet he directs (including Jesse Burson, James Kaiser, and Gregory Hagan) gains momentum. Collectively they have the air of a seance, in part because of their humble formal wear, and in part because the music they make is of the haunted-house school, found voices sublimated in rough noise.

Robert Piotrowicz, who coming from Poland was the festival’s most exotic participant, spoke at length before his set, but too quietly and at too quick a pace for much of the audience to get his meaning. His work was more pixelated than the rest of the evening’s offerings. With echoes of Alva Noto and Ryoji Ikeda, he built an initial grid of singular, atomic sounds, and then bred them into an increasing storm of activity. It was during his set that some members of the audience, one by one, made their hasty exit, forced out by the sound. The scene at the back of the room brought to mind the fainting police cadets in the opening credits of the old TV show Quincy, M.E. (Piotrowicz arrived from the Communikey festival in Boulder, which I wrote about last week.)

Ensemble Economique is economical indeed, as it consists of just one person, Brian Pyle, who hails from further upstate, Arcata in Humboldt County. His work drew from radio “interval music,” which he has described as “basically the signature tune of a radio station when they sign-on and sign-off.” The result was a kind of free-form exotica, bits of varied songs, some vocal, many not, sewn together. Elements were repeated and distended, which transformed the bits of composition into a new composition. It was in three movements, he announced at the start, but their divisions weren’t necessarily strictly discernible. If any piece this evening suggested itself as a finished work, due for repeated listening as a fixed recording, it was this one. Its mix of eclecticism and melodic concision, of orchestral sensibility and musique-concrÃ¨te technique, brought to mind the BBC’s Radiophonic Workshop, one of whose purposes was the creation of internal tunes.

The concert closed with a sampling tour-de-force by San Francisco’s Wobbly (aka Jon Leidecker), who only half-jokingly collapsed to the floor when he was done. Few musicians make sampling as visceral as does Wobbly, whose material was by far the most rhythmic of the evening. He started strong, no announcement, no description, with many in the audience still standing. After some initial noises, he rotated a variety of pre-existing sound, triggering and sometimes introducing his own melodic elements. One of the pleasures of watching Wobbly live is, as is often said of some actors, watching his mind work, which is to say watching how his facial expressions hint at the decisions he’s making as the piece, as the performance, proceeds.

A show earlier in the month, at the San Francisco Museum of Modern Art, co-presented with SFCinematheque, featured Richard Garet and Allison Holt, the latter in collaboration wit Jim Haynes who is part of 23five, the sponsoring body. Tonight, back at the Lab, will be Gregg Kowalsky, Vertonen, Byron Westbrook, and Zachary James Watkins.

More on 23five, the organization that runs Activating the Medium, at facebook.com/23five and 23five.org, which also has details on a broadcast component to this year’s festival. More the musicians at detritus.net/wobbly, myspace.com/ensembleeconomique, and robertpiotrowicz.net. (I failed to locate a page for Scharpen.)