For several years now, the heart of this site has been its Downstream department, which celebrates specific instances, on an almost daily basis, of freely and legally downloabable music — most of which are in the MP3 format, and many of which originate on netlabels. What follows are my 10 favorites of 2011.

These 10 are listed here in the chronological order in which they appeared on Disquiet.com. Given the fluid nature of publication, attribution, and collation on the Internet, I cannot be certain that these audio files first appeared online in 2011, but many of them did. And if some of them are older than that, at least this mention might gain them a new audience. Click through to each original Downstream entry for more information, and to the release’s source to get the tracks. 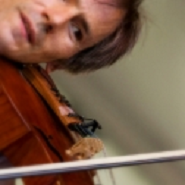 Duet for Viola and Sculpture: Consider this a love letter to a love letter. I’m increasingly certain that my favorite single track of recorded music from 2010 was “Homage to Jack Vanarsky” by Garth Knox, off his album on the netlabel SHSK’H (shskh.com), Solo Viola d’Amore. Despite the album’s title, this particular track is, technically, not a solo viola work. It’s a duet for Knox’s viola and a small mechanical device. The device was created by artist Vanarksy, a sculptor who was Knox’s late father-in-law. It makes a distinct creaking sound, like metal coming occasionally into contact with wood. As the device makes this sound, for close to eight minutes straight, Knox’s viola glides in and out. 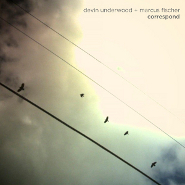 An Ambient Collaboration: Unlike a lot of collaborations by ambient musicians, the dual effort by Devin Underwood and Marcus Fischer, Correspond, sounds, in fact, like more than one person is doing the work. In general, ambient music is about the sublime: maximum effort for minimum impact, a surface of almost ignorable refinement masking all manner of activity buried deep below. Individual ambient musicians strive to make something that is both worthy of attention and capable of being relegated to the backdrop. Two musicians working together in an ambient mode need to find a balance without so forsaking their individual voices that the fact of the collaboration becomes almost a distraction from the singularity of the finished work. 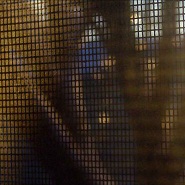 Country Songs Minus the Songs: Like the work of Scott Tuma and the Boxhead Ensemble, the four tracks that make up Widesky‘s EP Floating in Being sound like country songs minus the songs. It’s as if a crack Nashville session band had found themselves, while tuning up, so enamored of the sounds they were emitting, they they just stuck with tuning up, with hearing how the lightest touch of a guitar, and the mere movement of percussion instruments, would yield a thing of such beauty that they needn’t concern themselves with lyrics about broken down pick-ups and love gone bad. On perhaps the strongest track on Floating in Being, which would be “A Torpid Memoir,” the voices of children open and close the piece (they also provide transitions elsewhere on the recording). The effect is to frame the associative dreamstate of the rest of the work with literal calls back to reality, even if the reality is itself a thing of playfulness. 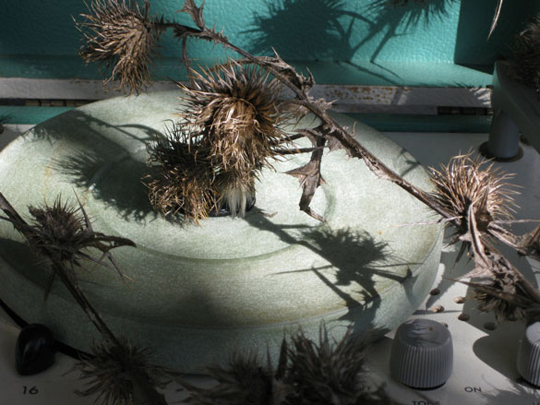 The Wild West: They rattle like the wheels on an old covered wagon. What we’re hearing, though, is not wheels but what the wheels might have trampelled, the brittle foliage of the west. There is in the track, according to its brief descriptive note, “wild fennel, pine trees and thistle,” the latter of which provides the track’s name. The result is a survey of rough scratching, tactile noises that edge toward erasing the ephemeral nature of digital recording. And while wagon wheels play no role in “Thistle,” which was created by Oakland, California, musician Jen Boyd, a record player (as pictured above) does. 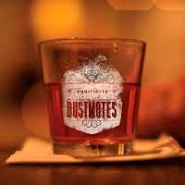 If It’s Broken Beats Don’t Fix It: If ever there were art music disguised as downtempo broken beats, it is Paul Crocker‘s Equilibria, recorded under his Dustmotes moniker and released for free download by the estimable dustedwax.org netlabel. On “Inner Tuning,” a mix of plaintive violin, post-rock exotica percussion, and a soundbite recording of a crime report all collide into a dramatization that’s less about narrative and more about frozen time. Early on, a slowed-down siren makes its way from one ear to another. At first, it’s just an effect rendered for its sonorous musicality, but then it reveals itself to have been a premonition of ill deeds. It’s the siren you hear as an everyday soundmark of urban life, only to be confronted later by the specific stark reality of that siren’s meaning — noise revealed as signal — when you flip on TV after dinner. 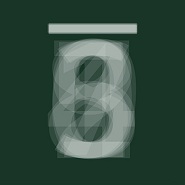 Remote in the Reeds: The netlabel Stasisfield, at stasisfield.com, run by John Kannenberg, has ventured deep into rarefied sonic territory in the past, but its current release may be its most sonically remote yet. Recorded by Coppice, a duo from Chicago, it is an extended survey of small tones. Coppice is Noé Cuéllar and Joseph Kramer, and they based the work, titled Vinculum (Courses), on what is described as “bellows and processed reeds” (the full materials were, apparently, an “8-channel installation with shruti box, free reeds, accordion, acoustic filters, and electronics”). As those materials might suggest, the sounds are delicate, venturing into the realm of pure tone, one after another, starting so quiet as to be mistaken for dog whistles, and slowly growing in intensity.

Streampunk Ambient: Stephen Vitiello (interview: “In the Echo of No Towers”) has a long-term installation he recently unveiled at MASS MoCA, the Massachusetts Museum of Contemporary Art in North Adams, Massachusetts. The work, titled All Those Vanished Engines, is a collaboration between Vitiello and the novelist Paul Park, who wrote a narrative that Vitiello then set to sound. This edit removes the spoken vocal, to reveal the underlying current of pneumatic activity, a kind of steampunk ambient music.

The Bees of War / The War of Bees: Apostolos Loufopoulos‘s “Bee” has been recognized with an Award of Distinction by this year’s Ars Electronica. It is a thrilling feat of audio imagery, putting the listener on the wings of its title subject. Much of the experience involves the illusion of motion through a three-dimensional space, but it isn’t all fast-passing objects, virtual wind, and the razor flutter of forewings. There is a martial beat that brings another illusion to the fore, the illusion of anthropomorphism. We don’t just settle onto the bee’s back for this ride. In Loufopoulos’ telling, we appear to swear allegiance to the Queen and proceed quickly into a state of warfare. There is martial drumming that clearly intends to signal active battle. There are rat-a-tat-tat percussives that may be rooted in the rhythms of wings, but they also bring to mind machine-gun fire. There is a tonal hum that could be the kind of rapid action that presents itself as a mirage of stillness, but it also posits a psychological toll. And then there are hints at orchestral scoring, bringing to mind the big screen WWI and WWII dramas of the past. Loufopoulos’ technical mastery is state-of-the-art, but it works precisely because his allusions and entertainment instincts are splendidly old-school.

Pablo Casals and Robert Johnson at the Crossroads: The radiodiaries.org series outdid itself by commemorating the 75th anniversary of November 23, 1936, when two men sat down and had their solo performances documented in audio recordings. These men were Robert Johnson, the legendary blues guitarist and singer, and Pablo Casals, the pathbreaking cellist and master interpreter of Bach. They never met in person, but certainly did meet at the crossroads of antiquity and technology. And to tie it all together, Brendan Baker contributed a “mashup,” combining two of the 1936 recordings, imagining the duo as if playing side by side. The term “mashup” suggests a kind of violence, a yoking together, when in fact the result is fittingly lovely and reflective. 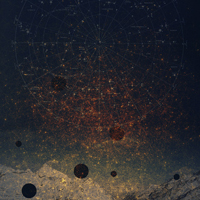 43 Sequences from Today’s Future: The excellent electronica site futuresequence.com compiled the second of its massive, overstuffed collections of alternately ethereal and unnerving sound. Sequence2, as the album is titled, collects some 43 tracks by numerous musicians who will be familiar to readers of this site (among these contributors being Nils Quak, the Oo-ray, Nobuto Suda, Guy Birkin, and Specta Ciera), and there are many more who will provide welcome new experiences. Rhian Sheehan‘s “Liber” (track 2) is one of many dawn-break efforts in widescreen ambience here, and it is distinguished by its pizzicato texturing. Beautiful Bells‘s “Panic Attack 2” (track 10) has the muted future-jazz horn of an early Ben Neill. The sing-song nature of Josh Mason‘s “Freedom Time” (track 37) sounds like Brian Eno’s career in reverse, as if elegant pop experiments were slowly emerging from ambient explorations.