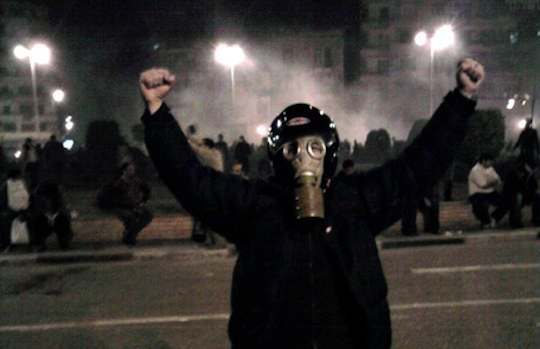 Among the most popular posts on this site in 2011, out of a total of 386, were one posted just at the start of the year, and another just at the end. In early February, there was (1) documentation of the death during the Egyptian uprising of sound artist Ahmed Basiony, with related field recordings by John Kannenberg. And at the end, there was (2) the late-December collection Instagr/am/bient: 25 Sonic Postcards.

Also popular: (3) a manifesto of sorts about the management of netlabels (“If You’re Thinking of Starting a Netlabel …”), (4) an interview with the coder/musician (Istanbul, Turkey’s Batuhan Bozkurt) behind the wonderful Otomata app (“When Cells Collide”), and (5) thoughts on the absence of a microphone in the Kindle Fire and what it means for the role of sound in Android development (“The Kindle Fire Is Deaf”).

And five more of the most popular posts were drawn from the site’s Downstream department of freely and legally downloadable music: (6) a consideration, inspired by New York City”“based Tom Moody, of “The Sound of One GIF Animating,” (7) excerpts from Trent Reznor and Atticus Ross‘ music for The Girl with the Dragon Tattoo, (8) evidence of Tallahassee, Florida”“based Jared Smyth‘s updating of Marcus Fisher‘s cassette-tape loop, (9) Chicago-based Joshua Treble‘s “new new wave” (or perhaps post post punk) amalgamation of guitar and electronics, and (10) Atlanta, Georgia”“based Richard Devine playing the role of the “Alan Lomax of Lost Technology.”