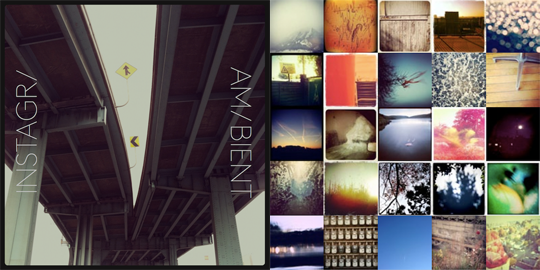 Even though it only launched in the last few days of the month, (1) the Disquiet.com various-artists album Instagr/am/bient: 25 Sonic Postcards was the top post of December 2011 (during which there were 25 posts). Five entries from the site’s Downstream department of freely and legally downloadable music made the top 10: (2) excerpts from Trent Reznor and Atticus Ross‘ score for The Girl with the Dragon Tattoo, (3) Nottingham, England”“based Guy Birkin‘s distillation of the end-of-year holiday aura, (4) Chicago-based Jeff Kolar‘s music from (not for) operating systems, (5) Cologne, Germany”“based All N4tural‘s “colliding banter” music drawn from glitches in human speech, and (6) Berlin, German”“based Timo Kahlen‘s exercise in political noise. Also making the top 10, (7) a post summarizing this website’s recent redesign (“Welcome to Disquiet.com 3.0”) and (8) “15 Reflections on the 15th Anniversary of Disquiet.com,” which occurred on December 13. Also, (9, 10) not one but two entries from the weekly automated summaries of tweets made at twitter.com/disquiet.