The graphic designer Rob Ricketts, of Birmingham, England, last year produced four posters that celebrated the lock-step TR-808 Drum Machine beats of long ago electronic music. This is Ricketts describing the process: “Each sequence has been analyzed and represented as to allow users to re-programme each sequence, key for key.” This is an example of the result: 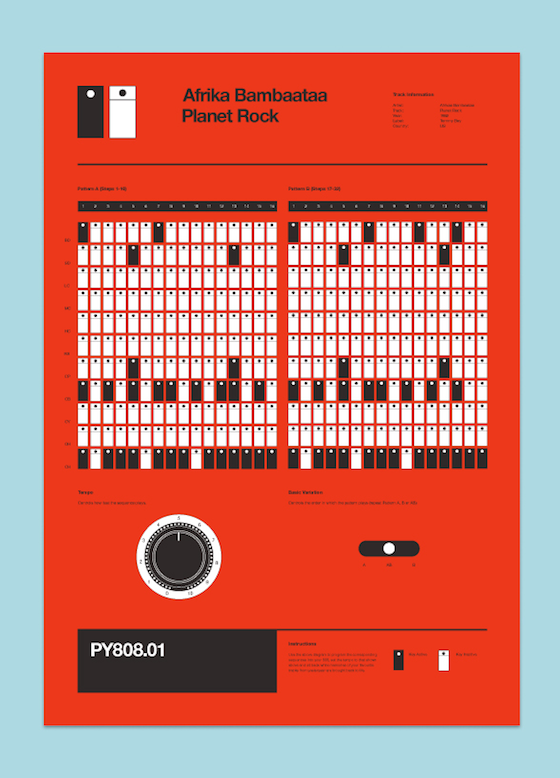 In addition to Afrika Bambaataa’s “Planet Rock,” the poster series features Cybotron’s “Clear,” A Guy Called Gerald’s “Voodoo Ray,” and Adonis’ “No Way Back.” The beauty of Ricketts’ visual approach is how the rudimentary differences in the data belie the complexity of the individual tracks and the differences between them. By reverse-engineering the patterns, and representing them as static visual patterns, he points out how the drum machine is both instrument and score simultaneously — and, thus, how the drum machines of old prefigured the grid-based (and, generally, software-based) music tools of our time.

Here are two images of another Ricketts project, titled Book of White, in which he collated the names of all the different white papers he could find, to which he added some jokes. No word on whether Pae White, who collaborated with Brian Eno on an edition of Oblique Strategies, made the cut. 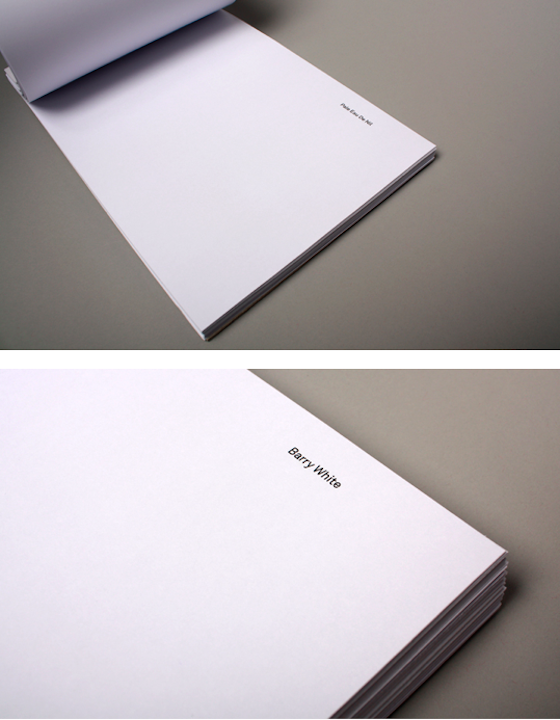