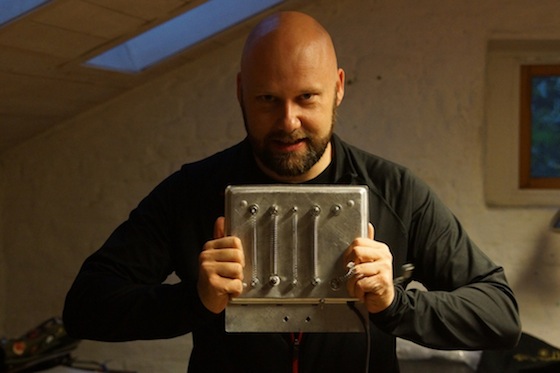 The Touch Radio series has posted a live recording from March of this year from Brookline, outside Boston, by Norwegian noise figure Lasse Marhaug. The music is densely rhythmic. It’s the dub techno of rusty machines. There are stretches that come across like some notorious train crossing, heavy rattles whose countervailing pulses slowly verge toward a singular mesh of resounding beats (MP3). That, however, is the climax of the work, and it is willfully tentative in its arrival. The intense percussive activity develops by steps. It emerges out of a splendid morass, beginning as electric byproducts — sparks and whirs — and then, at a pace, gathering strength and form.

Originally posted as part of the Touch Editions podcast, Touch Radio, at touchradio.org.uk. More on the (non)event at which it was recorded at nonevent.org. More on Marhaug at lassemarhaug.no.