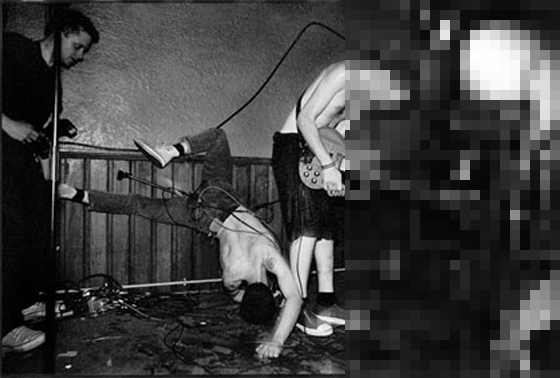 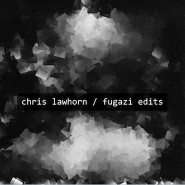 Â¶ In on the Remixer: More on this once I’ve fully consumed the entire recording, but in the meanwhile below are streams of three strong tracks off a forthcoming Fugazi-sanctioned album constructed entirely from remixes of instrumental samples from the hardcore band’s recorded output. The album, by Chris Lawhorn, is titled Fugazi Edits (likely because Repeater was already taken), and all proceeds go to charity (“one that works with senior citizens in Washington, D.C. and another that provides aid globally to folks impacted by disaster and civil unrest,” per the press materials). The tracks’ unwieldy, but fittingly literal-minded, titles are made up of the names of the songs from which they are derived.

“Nice New Outfit – Greed – Walken’s Syndrome – Facet Squared – No Surprise” — this is the album’s opening track, and it makes the most of a whole lot of staccato source material:

Tracks originally posted at soundcloud.com/chrislawhorn. More at chrislawhorn.com. The release date is October 30.

“That’s an amazing record,” Snaith tells Sherburne of the Riley. “I wasn’t thinking about that when I made it, but thank you.” It may not have been on Snaith’s mind, but it’s notable that About Group did a cover of “You’re No Good” for Domino, a label for whom Snaith has also recorded, albeit several years prior to About Group’s Riley rendition. That bit of trainspotting, by the way, is not a comment intended to call out Snaith on anything; it’s to recognize the circuitous loop of popular soul music finding its way back into popular music via the avant-garde. Read Sherburne’s piece, “Caribou’s Dan Snaith on Daphni, Radiohead, and the ‘EDM Barfsplosion,'” at spin.com. Video of About Group’s “You’re No Good.” And, for good measure, Theo Parrish‘s whizzy Detroit sci-fi remix of About Group’s version. Parrish’s comes closest to resembling the original — well, the original Terry Riley version, which is listenable to via youtube.com. Also on the video service is the original original, the song “You’re No Good” from the Harvey Averve Dozen album Viva Soul, which was the source for Riley’s version.

Â¶ Parallel Possuming: In news related to the Fugazi album, this 15-minute mix is an edit of work by late-era bluesman Junior Kimbrough by electronic duo Daft Punk:

Originally posted at soundcloud.com/yvessaintlaurent. The work was produced by Daft Punk for Yves Saint Laurent’s recent Spring/Summer 2013 collections, which debuted during Fashion Week in Paris. It was credited as “Music Junior Kimbrough Edited by Daft Punk.” There’s video of the event at pitchfork.com.

Â¶ In Brief: … Impulse Buy: Please consider supporting the kickstarter.com project Impulse by James Hillery. It’s an interactive music visualizer that turns your music into a video game. I’m in for $10. … USB Alert: Speaking of which, I’m excited that the “blink(1)” project I backed on kickstarter.com passed its funding goal (by quite a bit). It’s a programmable little USB gizmo that can be set up to alert for various triggers and status reports. I’m partially intrigued because I’ve imagined such a thing as a part of a pair of eyeglasses, and also because I wonder about an audio version. … With a Cause: Music for Tom Carter is a compilation album raising funds for Tom Carter (of the band Charalambides), who is recovering from pneumonia. Highlights include the orchestral drone of “Places” by Jon Porras and a haunting live recording of “Mounds” by Common Eider, King Eider. Get the album at musicfortomcarter.bandcamp.com. More at helptomcarter.org. Also raising funds for Carter is the Lunar Jams for Tom Carter compilation, which includes the flanged-out folk of Simon Dallaserra‘s “It’s too Blue to Be Blue” and the spooked-out lo-fi psychedelic rock of Herbcraft‘s “Gossamer Web”; it’s at featheredcoyoterecords.bandcamp.com.