The first and second of those mixer channels, in turn, have their audio impacted by slow-ish waves (slowish to the extent that they’re not themselves audible): the second by a square wave; the first by a square wave that is, at heart, sync’d to the first, but is then delayed a smidgen. The brokenness of the overall beat comes from the combination of that delay and the underlying tiny loop.

All these modules have been used in recent patches in this variations series, with one exception: the looper, which is the UL1uloop from soundmachines. 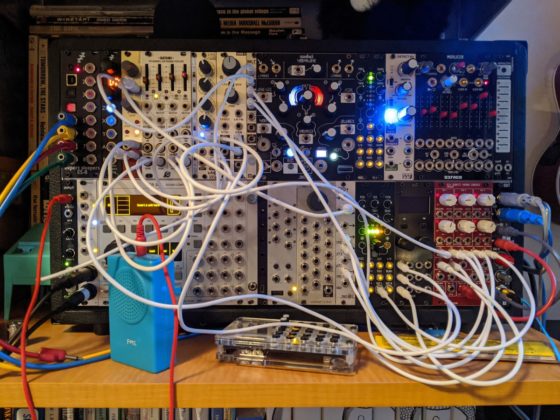