▰ Flashback to three years ago today, when I went to SFMOMA and stumbled on a lesson about how to pack a characteristically massive Richard Serra sculpture for shipping. 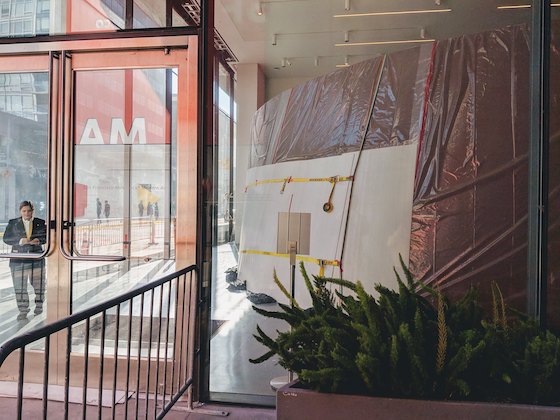 ▰ The doorbell rings. It’s mechanical and takes time to decay. There’s a light echo in the hallway. A few minutes later there’s another echo, a text message beeps to note delivery had occurred. I kinda wanna change the text ringtone to match the doorbell: a more literal echo.

▰ I wander into the kitchen and think, as I often have for 22 months now, of home as spacecraft, specifically the Rocinante. I float in, refill my water bottle, get some dried fruit, and return to my station: monitors on, feeds enabled, tasks ahead. (Sound design by dishwasher.)

▰ That moment after guitar (Zoom) class, where I hold my left hand in position and then, after signing off, use my right hand to take a picture of my left hand before I forget the chord.

▰ Over breakfast I finished reading the third and final volume of Fonda Lee’s Jade trilogy, Jade Legacy. I took the last three chapters slowly just to stretch them out. What a run, what a ride. So many great characters, so many moments when the author didn’t take the easy way out. Now that I’m done with reading the final Jade book, it’s time for the ninth and final Expanse novel. That’s two epic series done with, and I read both in real time, as they were released, rather than after the fact. Both are excellent.

▰ The pandemic has really made me lose interest in participating in longterm interstellar travel.

▰ I think a lot about the Matthew McConaughey character in Interstellar listening to field recordings of Earth to keep his mind off the thin metal wall between him and the void. The thin wall would, yes, weird me out but the monotony in that cabin is what holds decreasing interest.

▰ Not that I’m going to movies yet, but I sure do love my neighborhood. 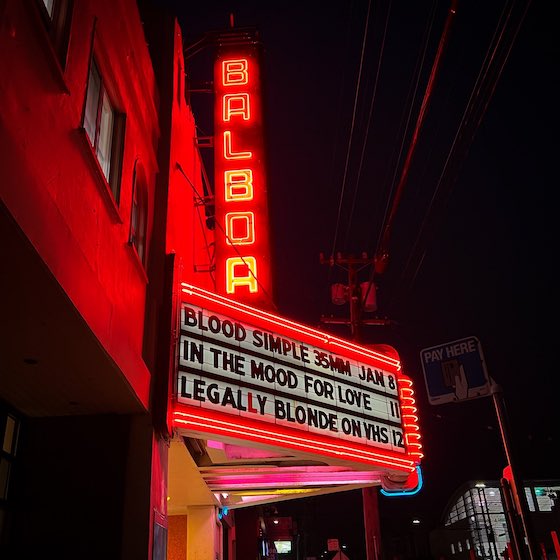 ▰ Hate can’t be promised to die in a vacuum, but at least it suffers in a vacuum.

▰ Start of a thread of novels I finished reading, 2022 (habit borrowed from Jeremy Bushnell). The first week of the new year is when you finish reading books you almost finished reading over the holiday break.

▰ I’ve been one on plane trip since March 2020, so I’m here on the couch listening to the white noise of an airplane interior through headphones while I type away. I’m thinking of passing buses as clouds, and of the occasional emergency vehicle sirens as cockpit announcements.

▰ That’s pretty cool. Well under 24 hours after sending out yesterday’s This Week in Sound email newsletter, half the 2100+ subscribers had opened it. Tinyletter has minimal tracking, which is fine by me. Just nice to know it’s not falling on deaf inboxes, so to speak.

▰ Exactly four days later, the newsletter has a 54.5% open rate, which apparently is pretty good. If you’re into the role sound plays in culture, technology, politics, science, ecology, storytelling, warfare, art, and elsewhere, get This Week in Sound via tinyletter.com/disquiet.

▰ Topics for this coming Monday’s This Week in Sound email newsletter will include:

*I just have a tip jar. No paywall.